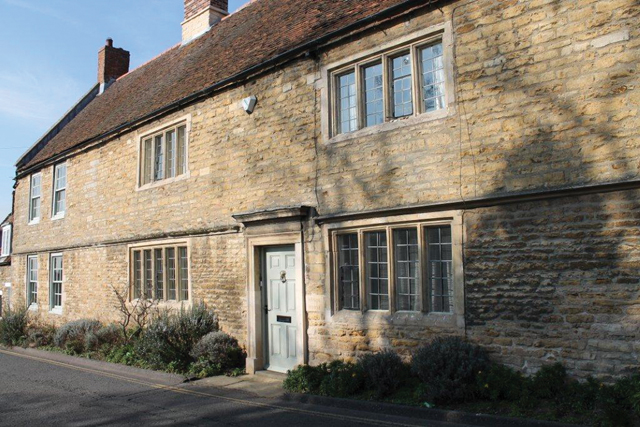 Lincolnshire auctioneers Golding Young and Mawer heralded the Waddington Manor estate sale of Richard Ratcliffe a ‘great success’.
Dick Ratcliffe was an antiques dealer for over fifty years in the region and the contents of his home at Waddington, near Lincoln, came under the hammer on 26th May.

There was a traditional mix of period antique furniture, portraiture, silver and ceramics that formed his personal collection over the years.

Following his death in December 2011, the auctioneers were instructed to deal with the sale of the property as he had been a client of the firm for many decades.

Auctioneer, John Leatt said: “It has been an absolute delight to catalogue such a wonderful collection of items which do not appear on the market with the regularity they once did. Working in the Manor House with the items in their home environment was quite an absorbing and rewarding job.”

Other portraiture was equally well received, with the portrait of a lady in the manner of Sir Peter Lely (lot 268) exceeding estimates at £3,800 and a further portrait of a gentleman of unknown origin (lot 279) realising £7,200.

The sale started with a collection of English and European ceramics, again mainly from the eighteenth century. The most keenly fought for from the 150 lots was a pair of Chelsea porcelain figures (lot 1), modelled as courtiers and dating from circa 1760, realising a mid-estimate £1,350. The factories of Derby, Coalbrookdale, Meissen and others also featured in this section.

As was the tradition for many antique dealers, good furniture was often dressed with big bold, but not necessarily valuable, oriental ceramics. Since Mr Ratcliffe’s retirement some ten years ago, these items of ‘dress ornamentation’ and the Chinese market have raced on. The lots again created worldwide interest and one of the strongest buyers of such ceramics had travelled from China to be at the sale.

One of the highlights of the section was an eighteenth-century Chinese liver red glazed bowl with a Qianlong seal (lot 145) outstripping its estimate many times over with a hammer price of £1,200.

The silver in the sale was quite modest but, again, appealed more to the collector of period items as opposed to the mass silver market. Cutlery and flatware particularly caught the eye.

Dick Ratcliffe’s passion was really for oak, walnut and mahogany furniture and with over 150 such lots, this was clearly going to provide some of the major highlights of the sale.

There were a few other select items added to the sale which created notable results. An eighteenth-century Italian gilt wood wall mirror (lot 625) from Bitchfield Manor, near Grantham, realised £2,100. A marine chronometer by John Poole of London realised £1,900 and a pocket globe (lot 335) by Lane of London 1829 sold for a mid-estimate of £3,200.

Auctioneer, Colin Young said: “Having known Dick for virtually all of my career, it was a delight to receive instructions. Knowing the quality and nature of the collection, there was that element of excitement when taking to the rostrum.

“It was so rewarding for all of our specialist cataloguers that the response was so positive from a room full of buyers, numerous telephone bidders, many absentee bidders and hundreds of bidders registered online ready to click and bid.”