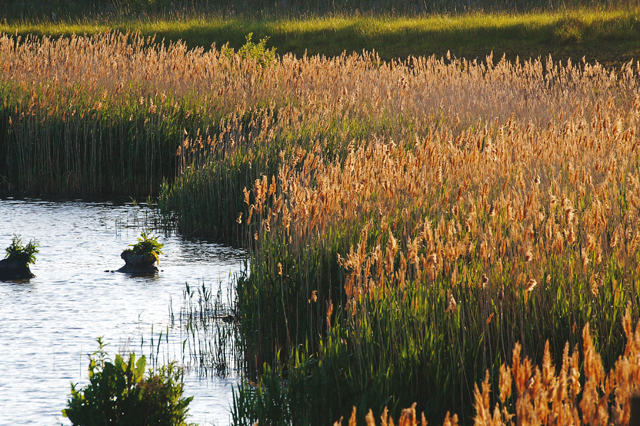 A light and bright family home

When Stephen and Sharon Laird bought a plot of land and architect’s plans to build their dream home on Russet Lane in Wrawby, North Lincolnshire, it was an exciting time.
Not only was it going to be their first home together after getting married in December 2006, but Sharon was pregnant with their first child. It took around a year for the property to go up and every day, the couple would visit the site to urge on the builders and take photographs of their future home.

Steve, who is the Finance Director of the On Line Design & Engineering Group, said: “We weren’t proactively looking for a plot of land but all the homes on this cul-de-sac were sold as individual plots and all the plots came with approved planning applications.

“Watching the house being built was a very exciting time, especially for my wife who wasn’t able to picture the size of the house from the plans. We were both looking forward to it being our first family home together.”

When the couple bought the land in 2006, they had been living in Steve’s new build property in Barton. They sold this home, and another house which Sharon owned in Doncaster, and moved into rented accommodation in Cadney-cum-Howsham until their new home was completed.

Builders Allison and Cable began the building work in January 2007, working with plans drawn up by John Derbyshire Architects, and the couple collected the keys to their new home in May 2008.

During the build, the couple were able to design the stylish kitchen to include a Rangemaster duel fuel cooker and extractor hood, Neff built-in dishwasher and fridge, 18-bottle wine chiller and granite work surfaces including a breakfast seating area.

Moving away from the architect’s plans slightly, the couple chose to redesign the sun room so it had a glass gable end rather than a hipped roof. The stunning feature inglenook fireplace in the living room was given a stylish herringbone brick design and the couple decided to install a cosy multi-fuel stove at its centre. They also chose a calming off-white paint scheme for all the walls in the property.

The individually designed three-storey house, situated on a prestigious development, has a full height feature arched window at the front which makes it bright and airy. Finished to a high standard, the house has oak flooring in the entrance hall and living room and underfloor heating to the ground floor.

On the ground floor there is a living room with inglenook fireplace, a stylish dining/kitchen, utility room, sun room with Travertine floor and beamed, vaulted ceiling, study and cloakroom. On the first floor a galleried landing leads to a master bedroom with en-suite shower room, another bedroom with an en-suite bathroom and two further bedrooms. The second floor has a landing/study area and two bedrooms, one of which is currently used as a playroom. The accommodation offers flexibility and the house has readily adapted to Stephen and Sharon’s growing family.

Outside, the house is accessed on foot via a winding Indian Limestone footpath through the open plan garden and there are double electric wooden gates leading to an extensive block paved area with parking for several vehicles and a detached double garage.

The enclosed rear garden has three distinct areas – a raised Indian Limestone patio area surrounding the sun room, a lawned area with wood chip play area under the shade of some mature trees and a secluded patio area behind the garage.

By the time they moved in, Stephen and Sharon were the proud parents of their two-month-old baby, Alex (now five). Living in a village setting, which has a thriving community, Wrawby offers great local amenities including an outstanding primary school and excellent road networks to the north of county.

Steve said: “It was fantastic to finally move into our new home and decide what we were going to do with each room. At the time, Alex was only two-months-old and Sharon had all the fun of exploring the area and walking into Brigg from Wrawby.”

After the couple moved in, the front garden was professionally landscaped by Landscape Botanica and they embarked on designing the back garden themselves.

Steve said: “Both the front and back gardens had been turfed by the builders so we had a blank canvas to work on. We designed the back garden ourselves over a period of six months so it had safe areas for the children to play in and plenty of seating areas in the hope that there was always somewhere to sit in the sun.”

Steve said: “The house is in a quiet cul-de-sac with good neighbours all around and the gardens are private and secure. We can see the children from the windows in the kitchen so we have no fears about letting them play outside and we often enjoy tea on the patio when the weather allows.

“We’ve had such a wonderful time living here and having two children means the house is filled with fun and laughter all the time.”

Now Steve and Sharon have decided to sell their home and have recently put it on the market. They have had an offer accepted on another property are currently waiting for contracts to be exchanged.

Our Autumn issue is packed with delicious recipes and stories of local food heroes.The Autumn Issue of Good Taste Lincolnshire is out now! Make sure you pick up a copy when you are in your favourite foodie venue.There are lots of tasty ideas from Rachel Green, Celebrity Chef and The Lincolnshire Chef for the coming Autumn months. Huge thanks to the Editorial team for featuring our story, we're so grateful. Lincolnshire Life Magazine You can also download a copy here: www.lincolnshirelife.co.uk/product/good-taste-lincolnshire-autumn-2021/ ... See MoreSee Less