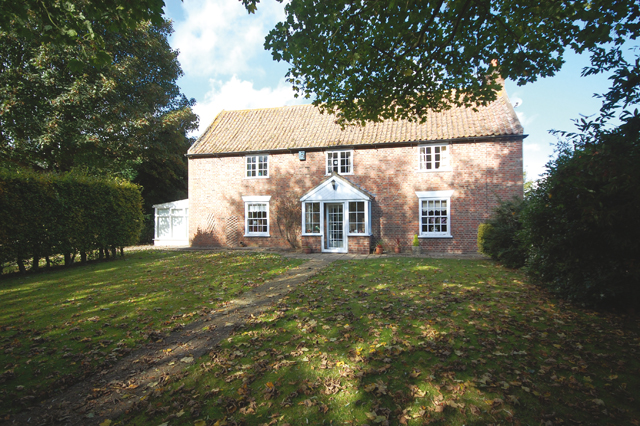 When Fred Watson decided to turn his interest of keeping a few livestock in his back garden into a business, it launched a concept many others were to follow.
The former company director had hit on an original idea: the farm shop, a place where he would sell his locally raised produce direct from the farm to the customer.

His shop, Alvingham Farm Shop at Alvingham, three miles from the historic market town of Louth, became an immediate success with customers travelling from out of the county to visit.

His widow Yvonne recalled: “Fred’s was one of the first farm shops to open, long before farmers started to diversify. He always kept chickens, turkeys and a few cattle in our back garden, but he wanted to breed pigs and had an idea to sell them directly to the public from a farm shop.

“It took him five years before opening the shop because at one stage he got cold feet, but once it opened it was very popular.”

Originally from Pocklington in Yorkshire, Fred was a ‘wheeler dealer’ who had always worked in retail and grocery. By the time Fred and Yvonne met in 1975, they had three children each from previous relationships and after they married in 1976, they went on to have two daughters together.

Fred and Yvonne were living in The Old Vicarage in Tetney and Fred was working as the director of HM Grice Cash and Carry at Humberston in 1978 when he decided to make the first tentative steps toward turning his dreams into a reality.

Yvonne remembers the day they first viewed the farm in March that year. She said: “It was terrible weather. We had done our home up and even the estate agent couldn’t understand why we were moving but it didn’t matter. The farm had outbuildings where Fred could keep his pigs and some land for a few Charolais cattle.”

After a second viewing, the couple bought the farm and moved in July that year.

“The first year we came here we had terrible snow, no phone and it was a bit desolate,” said Yvonne.

But Fred got to work with his plans, turning the outbuildings into five piggeries and converting a former four-car garage into a farm shop. When it opened in 1983 they even had visits from competitors, including Chatsworth, keen to glean ideas.

Yvonne said: “Fred was very well known and we couldn’t go anywhere, even abroad, without people someone coming up and saying hello.

“He had a great personality and a good rapport with his customers and they enjoyed a laugh when they came here.”

As the business grew in popularity, it employed up to nine staff and the couple set up a tearoom and deli next to the butcher’s, serving traditional Sunday lunches and afternoon teas.

“The deli became well known too; we catered for bus tours and lots of people from Yorkshire and down south,” said Yvonne.

Meanwhile, the couple enjoyed a happy family life in the farmhouse, with the children going to school locally and having their own horses in the paddock.

Yvonne said: “Fred was a family man and this house was a very happy place to live. We used to hold garden fetes for the school on the lawn and have parties and bonfire nights for all our friends and family.”

Sadly, after twenty years in business, Fred became ill with colon cancer and passed away in 2004. Three years later, Yvonne closed the tearoom and deli and the farm shop closed in June this year after a valiant effort to keep it going by the couple’s daughter Julie.

Yvonne, who enjoys playing bridge and whist locally, said: “We had a lot of good staff right to the end, but Fred was the business and after he died it was difficult to find anyone to fill his boots.

“It became harder and harder to compete with the supermarkets and get good butchers, so we thought it would be better to close it.”

Now Yvonne has placed her home, including the five-bedroom period farmhouse with traditional farmhouse kitchen, a three-bedroom cottage, the former Alvingham Farm Shop, tearoom and 7.7 acres of land, on the market.

Aside from becoming a private residence with its own acreage and paddocks, there is the possibility of turning it back into a business, such as holiday cottages or another retail outlet.

“There is plenty of potential and it would be nice to see another business running from here,” said Yvonne, who intends to move into Louth once she has sold the property.

• Northolme Farmhouse, Northolme Cottage, the Former Alvingham Farm Shop, Café and Land at Alvingham, near Louth, is on the market with Masons Rural and Equestrian with a guide price of £550,000. For more information contact the estate agents on (01507) 350500.