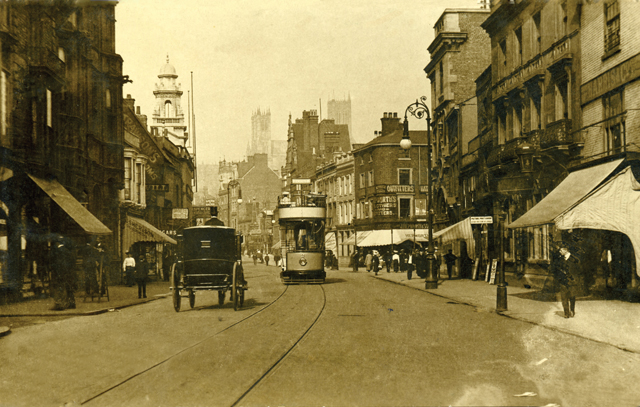 Designed by renowned Victorian architect, S S Teulon, the Old Vicarage at Tathwell is a glorious period home.
When Jean Cadman and her husband Tim talk about the Old Vicarage at Tathwell, near Louth, it is with the fondest of memories. For although they now live in America’s sunshine state, they cannot forget the stunning Lincolnshire house they called home for seven years.

The Grade II listed property is probably one of the most stylish rectories in Lincolnshire, having been designed by the renowned Victorian architect S S Teulon, and sits in an Area of Outstanding Natural Beauty at the heart of the Lincolnshire Wolds, giving it a closeness to nature which is second to none.

Jean said: “We loved the Old Vicarage and have some very happy memories of our time there, but we’ve been spending winters on Captiva Island in Florida since 1998 and knew we would eventually move to the USA permanently. The move happened very quickly last summer. Now we’re hoping a family will fall in love with the house as we did and fill it with happy sounds!”

The Cadman’s bought the Old Vicarage in September 2003 after a long search for a house in the county. They had previously lived in Cambridge for twenty-five years where Jean worked in libraries and Tim was involved in several start-up companies. When Tim took early retirement at fifty in 1997, they moved to Southern Ireland for the summers and Captiva Island, Florida, for the winters, enabling them to be closer to their only son Jonathan, his wife Julie and their children Jesse (19), Sam (13) and Molly (11), who live in Denver, Colorado.

After three years of lots of travelling, the couple decided to move back to England for the summers and found what they describe as a ‘beautiful old house in a village just outside Bath’. But soon they longed to be closer to their friends and family in Lincolnshire.

Jean said: “We loved Louth with its busy market days and specialist shops where everyone had time for a chat. For us, the Vicarage was in an ideal location – it was within easy reach of Louth and just five minutes away from Kenwick Park Golf Club, but it was also close to the coast and the city of Lincoln, and also completely private in its own grounds.”

The house itself was something else. Built in 1849 and Grade II listed, it was designed by the renowned and prolific Victorian architect S S Teulon (1812-1873). The great-great-grandson of a Huguenot refugee, Teulon set up his architectural practice in 1838 and in 1840, won a competition for the design of Almshouses for the Dyers’ Company which were built in Islington. Subsequently his reputation and practice grew. He was an associate of the Royal Institute of British Architects in 1835, was elected a Fellow in 1842 and served on the Council for four years.

Much of his work centred on London and the Home Counties but he also completed works in most of the counties of England, including twenty works in Lincolnshire. During his career, around 300 commissions resulted in many more buildings, including fifty new churches and others being restored or altered, around fifty schools, parsonages, groups of cottages, Alms houses, private houses, a court house, drinking fountains, estate buildings and great houses.

Most of his work was for the Church of England and included commissions from the Archbishop of Canterbury and the Bishops of Ely and Lincoln; he also listed Lincolnshire’s Earl of Yarborough and Sir Edward Brackenbury among his clients.

Needless to say, the Old Vicarage with its five bedrooms and five reception rooms is brimming with interesting architectural features which certainly drew the Cadman’s to it. Jean said: “The house has an incredible roof line, tall chimneys and best of all a bell tower – although we were a little concerned that ringing the bell might be a signal to the villagers to rush to the Vicarage!

“There are lots of wonderful beams in the attic bedrooms, an intriguing window over the fireplace in the dining room, original bannister rails on the staircase and a huge stone mullion window in the hallway.”

After they bought the property, the Cadmans set about refurbishing the Vicarage using local firms, Sarah Anderson for the kitchen and other cabinetry and Dennis and Marwood for the main building work, plumbing and decorating. Rotten woodwork was repaired, the gable end was repointed, the kitchen and bathrooms were updated, every room was redecorated and a Vale conservatory was added.

Jean said: “The work took about eighteen months altogether and most of it was done while we were away. All the workmen were excellent and really interested in what we were doing to the house. They took such pride in their work.”

Living in an Area of Outstanding Natural Beauty with grounds of ten acres certainly brought the Cadman’s closer to nature. Gardener Dennis Jones had worked the garden for the previous owners for many years and the Cadman’s were keen to keep him on. Jean added: ‘Dennis loves the garden and is still taking care of it for us. We made some changes such as digging a vegetable garden, adding a greenhouse and removing a high privet hedge to give us wonderful views over the Wolds.

“We planted lots of roses, created a cutting garden and converted the dog run into a pond. I think we were self sufficient in vegetables, and also grew raspberries, strawberries, blackberries, gooseberries, rhubarb, apples and plums and I planted greengage and cherry trees.

“I certainly miss going out each evening and choosing the vegetables we’d have for dinner. There are beautiful established trees such as copper beech, oaks and yews as well as the limes lining the driveway.”

She added: “We loved the wildlife, although the rabbits and badgers ruined what we hoped would be our croquet lawn! We saw lots of hares which were fascinating and this led to a collection of paintings and statues which is now in our house in North Carolina, where we will now spend the summers as Captiva is too hot and humid during that time.

“There were lots of pheasants, including a very splendid male we named ‘Sir Percival’. We were excited to discover a pheasant’s nest under the lavender bushes – the first year the eggs hatched but unfortunately in subsequent years they were attacked and eaten. There were swallows in the stable and last year they had three lots of eggs, and the owl man visited us every spring to check on the owl box. One year there were three baby owls!”

One of the highlights of Jean and Tim’s time at the Old Vicarage was when friends and family came to stay. Jean said: “There is a superb view of the house as you enter the village from the Horncastle side and we always brought our many visitors in from that direction.

“We had some happy times there including a big family reunion when our son and family came over from Colorado and our grandchildren were able to meet their English relatives for the first time. They also enjoyed ‘proper’ fish and chips and donkey rides on the beach at Cleethorpes, both a novelty for Americans.”

Now the Cadman’s live in America themselves, do they have any regrets about leaving the Old Vicarage behind? Jean said: “I would have loved to spend a Christmas in the house with huge log fires, a Christmas tree and spectacular decorations.

“I’m also sad that we had to leave the house before we found a buyer. But the Old Vicarage is the most lovely of homes and I’m confident it won’t be long before it’s new owner will be found!”

• The Old Vicarage at Tathwell near Louth is on the market with Savills for a guide price of £1.2 million. For more information contact the estate agents on (01522) 508908.