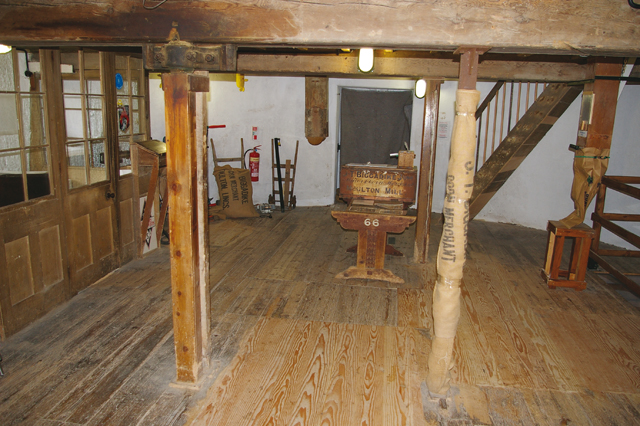 Steffie Shields visits Stamford’s Community Orchards.
If the past season has been more than wet, and bereft of lengthy spells of sunshine, Nature makes amends with compensation. Climatic conditions – a warm spring, coupled with plentiful summer rain – have ensured that 2015 has yielded the largest, and sweetest, apple crop for twenty years.

On learning that fellow Lincolnshire Gardens Trust member Annie Hall had taken over as Chairman of the Stamford Community Orchard Group (known as SCOG), I was reminded that this destination had long been on my radar. High time I found out about a rekindling of local heritage fruit-growing. Annie runs a homeopathic health advice and counselling service. Her enthusiasm for both apple orchards is understandable, remembering that old wives tale: ‘an apple a day keeps the doctor away’.

In 2003 SCOG first came together to source and begin planting Orchard Number 1, supported by South Kesteven District Council in charging only a peppercorn rent, and with an injection of Heritage Lottery Funding, enabling also a subsequent purchase of an apple press. SCOG now care for two orchards. Orchard Number 1, containing forty-six heritage apple trees, occupies a small, triangular plot tucked at the end of a close on a housing estate on the north-east edge of Stamford. Wild roses cover one boundary fence, espalier and cordon apples are wired across another, and a taller hawthorn tree creates a focal point. Grass paths are roughly mown, alternating with attractive bands of wildflowers, inbetween maturing fruit trees.

Children and parents passing by on their way to and from St Augustine’s Catholic Primary School must enjoy the sight, if they take time to pause and venture in, especially at apple blossom time. The gate is not locked. I hope teachers take advantage of this educational resource, an established community space on their doorstep. Here apple ‘Lord Burghley’ named (about 1834) by head gardener Mr Matheson to the Marquis of Exeter, ‘rubs shoulders’ with ‘Barnack Beauty’ and a cooking apple ‘School Master’ (about 1855) possibly a Canadian apple seedling in the garden of Stamford Old Grammar School.

Annie and I hunted down labels spelling out old-world names not found on today’s supermarket shelves. No signs of ‘scrumping’. Perhaps children these days have been discouraged from climbing trees, forbidden fruit. I took record photographs of plump treasures, while Annie helpfully checked out those without labels by perusing a numbered position list on a nearby noticeboard. We began comparing each apple in size and attractiveness. Colour-rich varieties gladdened the eye, but I had not anticipated another sense, taste. Thanks to the windfall, it was fun assessing the tang level by tasting sharpness or sweetness. Annie kept supplying apples to crunch on, releasing flavours that were completely novel to my jaded, ordinary palate.

Season in, season out, supermarkets offer us our favourites, year-round, the same ‘good doers’ and ‘good keepers’ often flown in from overseas: Pink Lady, Jazz, Braeburn, Golden Delicious and naturally the all-time greatest cooker Bramley. Are we impoverished, forgetting all those varieties that once flourished? ‘Cox’s Orange Pippin’, a name from childhood that once both amused and confused me – how can an apple be called an orange? Annie introduced me to many other pippins: ‘Ingall’s Pippin’, raised by William Ingall of Grimoldby near Louth. ‘Herring Pippin’, possibly named by Mr Herring of Lincoln (1908) and ‘Holland Pippin’ (1729). Have you come across ‘Sleeping Beauty’? I defy anyone seeing laden branches bending under her load not to come under her flushed red and green spell.

SCOG arranges special juicing days. A Wassailing event every January, warmed by a brazier, keeps an age-old custom alive to promote a good harvest for the coming year by reciting poems and singing to the apple trees and robins (see the website scog.org.uk). Come February and March, members offer grafting and pruning advice in training workshops.

One experienced member, Dennis Smith, was born in Holbeach and later moved to Stamford to work. Some years ago, interested in family history, he discovered that his two times great-grandfather had been a smallholder and had grown fruit trees. This prompted Dennis to buy ten rootstocks of heritage varieties and began breeding and experimenting and in his own garden. He approached a local retired nurseryman at Essendine, Clive Simms, who taught him the art of grafting. Finding he was not alone in his passion for fruit trees, Dennis joined a group of enthusiasts led by Richard Keeble intent on seeking out the lost apple trees from the Stamford area, once as famous as Evesham for its nurseries and orchards. They founded SCOG and successfully tracked down introductions by Roger Brown, a local nurseryman, and Thomas Laxton, a solicitor born at Tinwell.

Laxton corresponded with Charles Darwin about fruit and vegetable-growing experiments, and found new varieties to market. His ‘South Lincolnshire Pippin’ (1884) was later renamed ‘Allington Pippin’ (for a Kent village rather than that near Grantham). Another sweet, juicy and tender apple, perfect for baking is ‘Peasgood Nonsuch’, ‘one of the largest and most handsome of all apples’ first raised in the mid-nineteenth century in Grantham by Mrs Peasgood from a ‘Catshead Codlin’ pip. Their memory lives on in fruits they named, including ‘Brown’s Seedling’ (1874) and ‘Laxton Pearmain’ (another confusing name!).

Recently developed, based alongside the Uffington Road allotments, Stamford Community Orchard 2 has an ideal, open position; its young trees dwarfed in comparison with huge veterans dating from the Victorian era when the allotments were first established. These too displayed a prolific crop of apples. I was pleased to hear that a children’s charity also make use of this atmospheric, bountiful site. SCOG have also established good links with Woolsthorpe Manor, home to Isaac Newton’s celebrated veteran apple tree, and work closely with a network, or should I say cross-fertilise, the East of England Apples and Orchards Project (EEAOP).

If spirits are ebbing at thoughts of approaching winter cold, head out to the heartwarming ‘Apple Day’ on Saturday 3rd October at Stamford Arts Centre and a locally distinctive display of heritage apples. SCOG will be selling their ‘Apple Recipes – apples galore for everyone’ publication (£4) to help preserve Stamford orchards, especially Community Orchards One and Two, two corners of paradise. Annie, Dennis and others will be on hand to advise and to name varieties that are the spice of life. With the hope of at least ten local vintage apples waiting to be rediscovered, very occasionally, promising young leaves have been sent off to East Malling Research Centre in Kent to be DNA-tested for their parent trees – an expensive process.

If you wish your old apple trees to be identified by the EEAOP, remember to bring a small branch with leaves on, along with each apple. You might strike gold. Will the lost ‘Stamford Pippin’, a well-known dessert apple once sold all around the country, ever come to light?