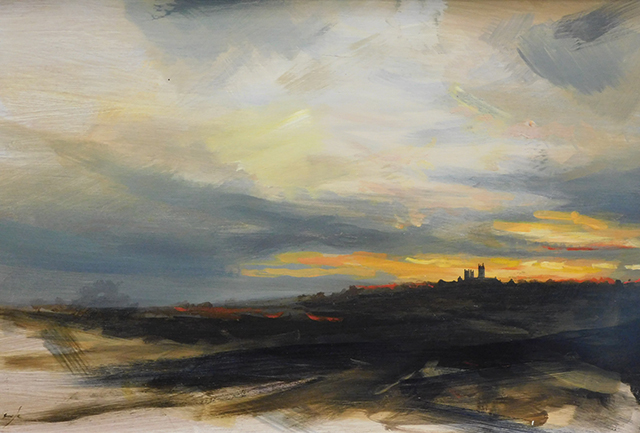 A good selection of Lincolnshire artists ensured there was full attendance and keen bidding at the recent Lincoln Fine Art Sale, where internet bids for works by international artists also resulted in high prices.

In the local artists section of the auction, a study entitled Lincoln from Canwick signed Fraser Scarfe made £50 and a watercolour signed Keith Roper of the Exchequergate East Front dated 1980 sold for £30.

William Bartol Thomas (1877-1947) is well known for his fenland scenes. A fine example of the River Witham leading up to Boston sold above estimate for £380.

Top price of £2,200 went to a watercolour by the British artist Edward Bawden, titled Chrysanthemums and Emma Nelson. It bore a label verso having been exhibited at the Royal Academy in the summer of 1989. Born in Essex in 1903 Edward Bawden went on to study and teach at the Royal College of Art. He trained under the influence of Paul Nash, along with other celebrated British artists including Eric Ravilious. He served as a war artist in the Second World War, later becoming a prominent artist and illustrator with many of his works in major collections around the world. He died in 1989.