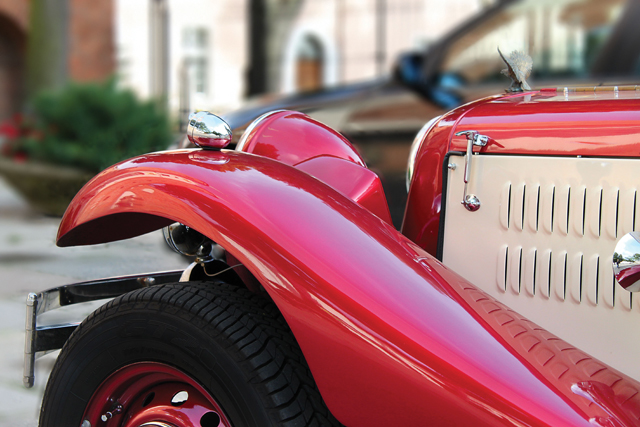 The term ‘one careful owner’ is often used when vehicles are sold, but rarely with a vehicle first registered in 1927.
An Austin 12/4 Clifton Tourer, registration CT8599, which was included within Golding Young and Mawer’s Classic Car and Automobilia auction held at its Bourne auction rooms, certainly caught the attention of auction goers.

The vehicle was consigned by the executors of Susan Goffin, late of Hall Farm, Londonthorpe, and had been purchased as new by the family in 1927. It was used on the road until 1941 when wartime fuel rationing and its thirsty nature meant it was side-lined to the barn.

In 1943, Kesteven County Council wanted to buy it and convert it to an ambulance but this never happened. That year it was converted to a farmer’s truck instead, which rather spoiled its appearance and had it running on wartime ‘red’ petrol.

Still, it continued being roadworthy until 1955, when it retired to runs on the farm. During 1967 and 1968, the vehicle was stripped to the bone and restored to its former glory. Finally receiving the attention it deserved from classic car enthusiasts, it was seen at The Lincolnshire Poacher and other rallies up to the Millennium and was listed in the Vintage Austin Register.

At the auction, the vehicle fetched £8,750, selling to a very happy vintage car enthusiast, whose only concern was whether it would fit in his garage!

The popular Classic Car and Automobilia auction continues the Bourne auction room’s connection with motor sport as it was the home of the Formula One championship team BRM until its closure in the early 1980s.

Other highlights of the sale included a barn condition Lotus Europa GT which took a bid of £5,000 and promised many hours’ restoration time for its new owner. One lucky bidder, who can look forward to a quicker adrenaline rush, bought a Lomax 223 ‘Red Runt’ three-wheel motor vehicle for £920.