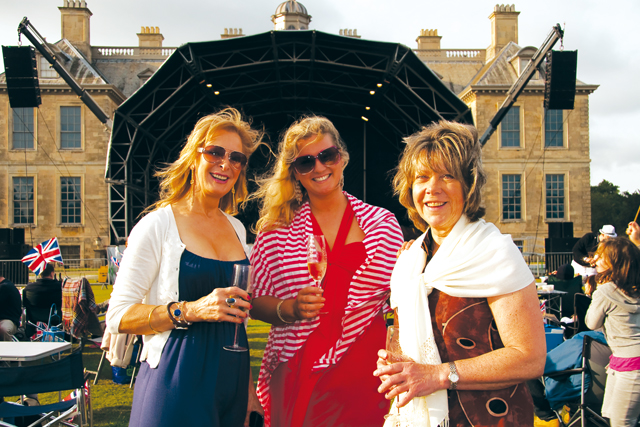 It was a triumphant return for the Belton Spitfire Proms as more than 4,000 people turned out to enjoy an extravaganza of classical music, spitfires and fireworks.

The event, which returned to the National Trust’s Belton House, near Grantham, Lincolnshire after a two year break, heralded a true celebration of Britishness.

Visitors of all ages cheered and took to their feet, waving their Union Jack flags as the Royal Philharmonic Concert Orchestra opened the evening with ‘633 Squadron’.

Soloist, mezzo soprano, Juliette Pochin, took to the stage in a brilliant red dress and wowed the crowds with immaculate renditions of ‘Carmen’ and ‘The White Cliffs of Dover’. She later changed into Union Jack colours to lead the singing of ‘Rule, Britannia’

The combination of the Royal Philharmonic Concert Orchestra, the RAF Battle of Britain Memorial Flight, the RAF Regiment Band and fireworks, made it a truly memorable evening.