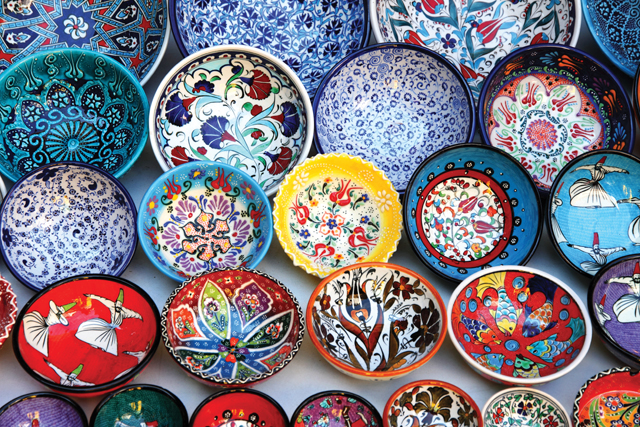 The importance of Chinese porcelain is hard to overstate. Admired and imitated for more than 1,000 years, it has influenced virtually every ceramic tradition in the world, and it has played a crucial role in cross-cultural exchanges.
In Europe, blue and white porcelain is practically synonymous with China, and is always associated with the Ming Dynasty.

700 years ago most of Asia and a large part of Europe were reeling from the invasion of the Mongols. We all know Genghis Khan as the ultimate destroyer, and the sack of Baghdad by his son still lives in Iraqi folk memory. Genghis’s grandson Kublai Khan was also a great warrior, but under him Mongol rule became more settled and more ordered. As emperor of China he supported scholarship and the arts and encouraged the manufacture of luxury goods.

Porcelain was first discovered in China and is a special ceramic fired at very high temperatures – 12,000 to 14,000 degrees Celsius. The heat vitrifies the clay so that like glass it can hold liquid, in contrast to porous earthenware, and also makes it very tough. White, hardened, translucent porcelain was admired and desired everywhere, well before the creation of blue and white. The savagery of the Mongol invasion destabilised and destroyed local pottery industries across the Middle East, especially in Iran. So when peace returned these became major new markets for Chinese exports. Blue and white ware had long been popular in the markets so the porcelain the Chinese made for them mirrored the local style, and Chinese potters used the Iranian blue pigment cobalt to meet local Iranian taste. The cobalt from Iran was known in China as Hui Hui Qing – Islamic Blue – clear evidence that the blue and white tradition is Middle Eastern and not Chinese.

Soon the ceramics were being exported from China in very large quantities, to Japan and South East Asia, across the Indian Ocean to Africa, the Middle East and beyond.

Like all successful products it was widely copied by local manufacturers. Willow pattern, the style that many people think of when blue and white is mentioned, was in fact invented (or should we say pirated?) in the 1790s by Thomas Minton. It was an instant success; of course it was largely a fantasy view of China that the potters had produced. At our Grantham Salerooms we have specialist Asian Art Sales in which blue and white porcelain is often a major part. In our March Asian Art Sale we sold a large nineteenth-century Chinese blue and white bottle vase for £2,400, and in our July sale we sold an eighteenth-century Chinese charger for £800. We are currently accepting entries for our Asian Art Sale on 13th March 2013, closing date for entries is 15th February 2013.