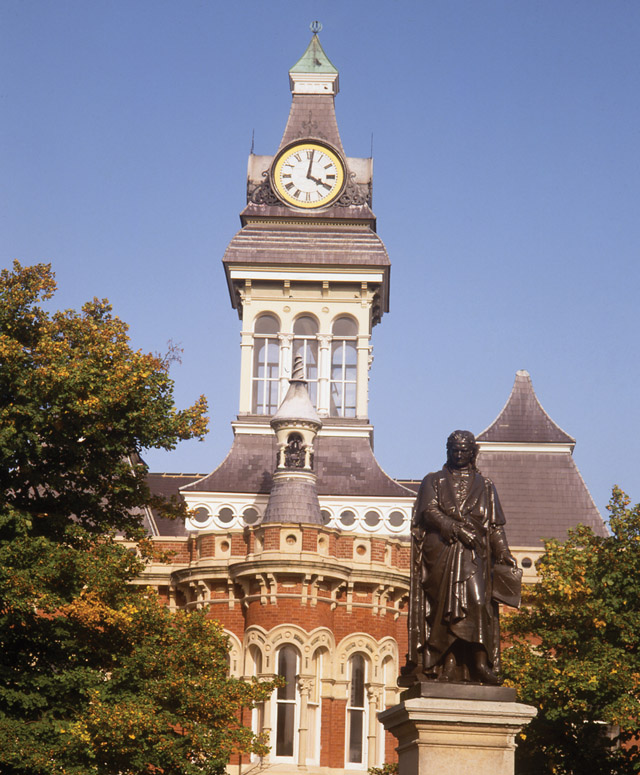 Cream of the rectory crop

When The Old Rectory at Gate Burton, near Gainsborough, came onto the market six years ago it was perfect timing for its current owners.
Karen Williams and Michael Massarella had just sold their converted barn on the outskirts of Retford and were keen to downsize. But when Michael spotted The Old Rectory advertised on the internet, all thoughts of downsizing disappeared.

Karen said: “Michael had been trawling the internet looking for houses when he came across The Old Rectory. It was a property he had admired from being a youngster, as his father used to drive down to Lincoln quite regularly. When we used to drive past, we had always wondered who lived there because it was in a beautiful setting.

“He rang through to my office straight away and said that a house we had always admired had just been put up for sale.”

The property had only just been put up for sale and the couple phoned the estate agents to book a viewing the next morning.

Karen said: “The Old Rectory was so different from our barn conversion. It was quirky with light and airy rooms and the setting was absolutely fantastic.

“The previous owners collected antiques and knick-knacks and the house was crammed to the rafters with old things. Although the house was a little jaded, we immediately felt that we could bring it back to life and create a lovely family home. The garden offered a great opportunity for Mike to indulge his creative skills, to turn the outside space into a magical garden.”

In a strong position, having just sold their own home, the couple put in an offer which was immediately accepted and the sale was completed on 1st August 2007.

The Grade II listed property had an unusual layout, having been changed many times since it had first been built as a church rectory. Over the last 100 years it has had a number of different extensions added, has been converted into two houses and then a series of flats. “It’s quite higgledy-piggledy and not a typical symmetrical Georgian rectory,” said Karen.

With busy working lives – Michael is the director of the family catering business Massarella Catering Group, based in Sheffield, and Karen is PA to the managing director who is Michael’s brother – the couple would have been forgiven for leaving the renovations to the professionals. But instead they moved into the property and worked on it with the help of their friend and
master builder Mick Cottrell, from Dunham-on-Trent.

“We moved in straight away to get a feel for what we wanted to do with the house,” said Karen. “We didn’t anticipate having to do so much work but we uncovered a number of things that weren’t quite right.”

In the first three years the couple rewired the house, installed a new central heating system, new bathrooms and a new modern kitchen.

“The kitchen was a major project,” said Karen. “I wanted a traditional kitchen but was faced with quite a bit of opposition. A friend of ours was working for an Italian kitchen company at the time and he and Mike designed it. It is a very modern, high end, gloss, masculine kitchen which is quite the opposite to the style of the house, but it fits beautifully and is extremely functional.”

The couple painted the entire house in antique cream. Karen said: “We initially painted the house antique cream because we weren’t sure which period colours to choose and we wanted it to be liveable as quickly as possible.

“We like the airiness and lightness of the antique cream colour and it does suit the house; it also creates a lovely backdrop on which to exhibit our eclectic mix of paintings.”

The couple have a varied collection of artwork by artists such as Giuliana Lazzerini, who paints vibrant Italian landscapes, and the late Nottinghamshire artist Elise Savage.

The rectory is situated in an idyllic rural setting overlooking parkland ground and has a hall, drawing room, dining room, snug, study, cloakroom, fitted kitchen, breakfast room, pantry and utility room on the ground floor. On the first floor, the master bedroom and guest bedroom have a dressing room and en suite and there are four further bedrooms and a bathroom. On the
second floor there are two attic rooms.

The gardens of around 1.5 acres have been landscaped with formal lawns, well stocked borders, mature trees and patio areas. There are also views over a small lake, extensive parking and a range of outbuildings including a double garage, brick workshop/forge with potential stable, large timber storage shed, greenhouse, another shed and a three-bay open car port.

Mike designed the gardens, which have evolved over the last six years, planting them with their favourite roses and perennials. The garden provides an ideal backdrop for Mike’s two-year-old granddaughter Ava to run around in when she visits with Mike’s daughter, Daniela. The couple’s two dogs, a border collie called Taffy and a springer spaniel called Charlie, also spend lots of time running free in the garden.

“It has been lovely living here,” said Karen. “It is a very quiet and tranquil place but also great for summer barbecues, Christmases and New Year parties with family and friends.

“On our third Christmas here, we invited twenty members of the family over for Christmas lunch and had a major electricity failure just as the turkey was going out to the table! If we put the lights on, the cooker and heating wouldn’t work so we ended up eating by candlelight and then all huddling around the fire in the dining room like at a scouts’ jamboree. I was really upset because it wasn’t how we had planned our Christmas lunch but all the youngsters thought it was fantastic and still talk about it to this day.”

Now, with Mike semi-retiring, the couple have decided they would like to spend more time at their house in Italy and have placed The Old Rectory on the market.

“This house needs a family to take advantage of all the inside and outside space and maybe this time we will finally get to downsize!” said Karen.