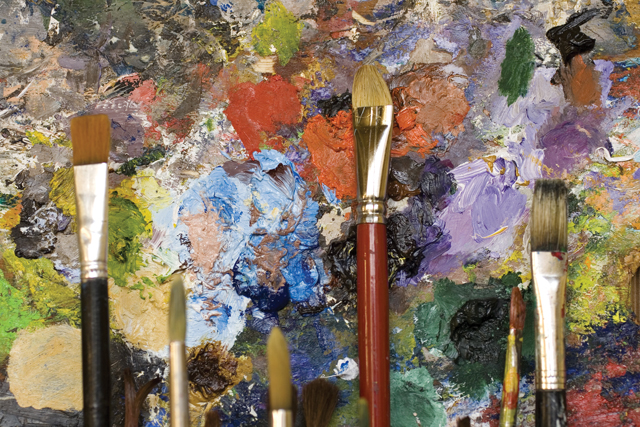 Lincolnshire artists featured well at Golding Young and Mawer’s recent specialist art auction held at The Lincoln Auction Rooms, Portland Street, Lincoln.
An oil on canvas titled ‘The Burton Whips’ by Vincent Haddelsey had obvious appeal. Vincent was born in Grimsby in 1929 and lived for many years in Scothern, near Lincoln. A self-taught artist working in the naive style with an interest in horses and country pursuits, he exhibited thoughout Europe and the United States and published books illustrating his works. This picture found interest from a number of bidders and was keenly contested, finally doubling its auction estimate and selling for £1,200. Other notable results for Lincolnshire artists included £480 for the Boston artist, William Bartl Thomas’s watercolour, ‘The Fens in Flood’. £600 was paid for the William Edward Milner oil, ‘Gathering Potatoes’ and £440 was the top price paid for three Herbert Rollett works offered.

Other results within the 338 lot £35,000 auction included £720 for the oil on canvas titled ‘The Blue Ribbon’ by Igor Talwinski. Wigan artist, Lawrence Isherwood found a buyer close to home with £1,000 paid for the oil on board, ‘The Great Bend at Redcar’. A small oil on canvas of the cargo steamer Agnes generated much pre-sale interest. The local vendor was concerned that the pre-auction valuation was too high at £200-£300 as the picture was in poor condition, with the canvas torn. At the auction internet bidding quickly took the picture over £1,000 with the final bid of £1,700 coming from the room. The top price of the sale was £2,500 paid by a telephone bidder for the nineteenth-century artist, Nathaniel Hone’s oil on canvas ‘Landscape with Deer’.

The next specialist Fine Art Auction is scheduled for September, although paintings and watercolours regularly feature at both the Lincoln and Grantham monthly Collective Auctions. Also eighteenth and nineteenth-century portraits are included in the contents of Waddington Manor House Auction which will be sold at the Lincoln auction rooms on Saturday, 26th May.