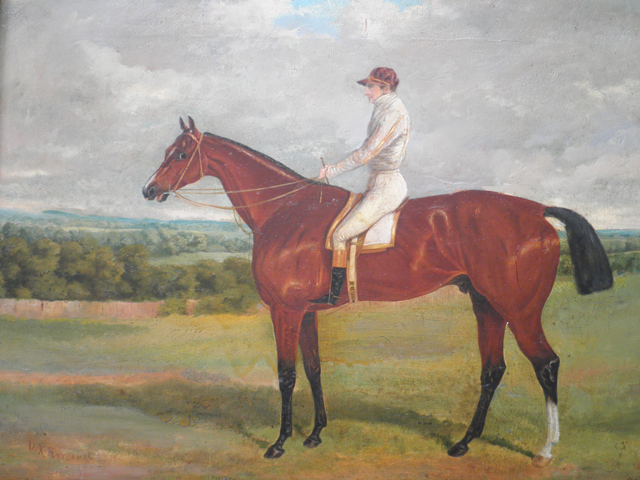 The first evening Fine Art sale at auctioneers Golding Young & Thos. Mawer has been hailed a success.
Over 200 paintings went under the hammer when the Lincoln auction rooms held the first of a bi-annual event at its Portland Street premises in April.

Auctioneer William Gregory said: “It was encouraging to see so many people packing the auction rooms on the evening of the sale and with over fifty-five people bidding online and others waiting on the telephones from Spain and America, it promised to be an interesting event.

“Bidding was brisk for the most sought after paintings and the Internet bidders certainly made their mark with fifteen per cent of paintings bought by online buyers.”

The highest price achieved was for an oil on canvas by Wright Barker (1864-1941) depicting a gentleman with a horse in a landscape which made its top estimate of £2,300 (including premium) and sold to a Nottinghamshire collector.

A painting of Llandudno’s Great Orme by the artist Warren Williams (1863-1918) made £720 in the sale. Williams was a painter of landscapes and marine scenes who studied at the Liverpool School of Art under John Finnie. He exhibited at leading galleries and lived at Conwy, Wales, towards the end of his life.

An eighteenth century oil on canvas of a prize bull in a landscape made £1,550 and an oil on board of a child seated with toys, signed and dated 1877, by the nineteenth century artist Robert W. Wright sold for two-and-a-half times its highest estimate at £1,000.

Entries are now being accepted for the next Fine Art sale which will be held in the Autumn.