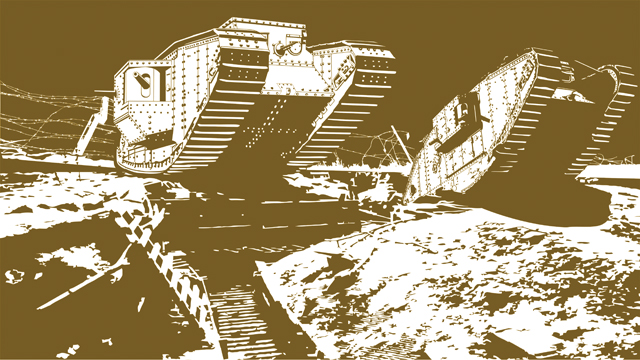 The tank’s role in modern warfare is taken for granted today but 100 years ago engineers in Lincoln were working flat out to create a weapon which could
cross the trenches and help our soldiers win the First World War.
Originally designed and made in the town, the tank still holds huge significance for the city and it seemed fitting that on the 100th anniversary of the First World War, a collection of tank memorabilia, amassed by a local man, went under the auctioneer’s hammer in Lincoln.

The history of Lincoln’s involvement in the tank is well documented. The Lincoln engineering company, William Foster and Co became well known for developing an armoured fighting vehicle, known as the ‘tank’, during the First World War.

Before the war, the company specialised in agricultural machinery, such as tractors, threshing machines and steam engines. But with fighting in France reaching stalemate, the Admiralty Landships Committee approached Fosters to put its engineering skills into developing a machine which could overcome the mud, cross trenches and barbed wire.

Managing director William Tritton, chief draughtsman William Rigby and engineer Walter Wilson, along with the loyal and highly skilled workforce, set to work to design and build the tank.

After one failed attempt, a tank named ‘Mother’ was created in 141 days, and in 1916 the first tank saw action in France. The use of the tank had a huge effect on the war and is believed to have pushed it to its rightful conclusion.

This incredible feat of engineering has been commemorated in many forms over the years and at the 150th Anniversary Auction at Golding Young & Mawer’s Lincoln Auction Rooms bidding was fierce for some of the fifty commemorative lots.

On the 100th anniversary of the First World War, there is still a great deal of fascination with this period in history and this will ensure interest in tank memorabilia among collectors whenever it appears at Auction Rooms across the country.