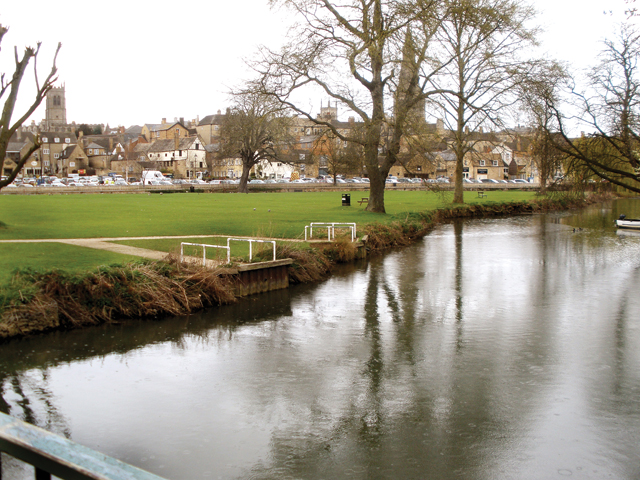 For lovers of nature

Bridget Brown and Michael Partridge had spotted Glenrise at Old Somerby, near Grantham, long before it was placed on the market.
With friends in the village, they had walked past it many a time and admired its sturdy 1950s architecture and its location on the edge of the village and surrounded by glorious Lincolnshire countryside.
So when they decided to move out of Great Ponton, just three miles away, they were delighted to discover Glenrise was up for sale. The property had been built in 1953 by its only previous owner John Pert, a former coroner, who lived there with his son.
Mrs Brown said: “We heard on the grapevine that the house was coming onto the market. It was a bit of a time warp to say the least. I knew it would be a challenge to do up, but Michael could see through all the work and persuaded me.
“We’d walked past the house many times and we knew the area well. It is in a lovely spot – it’s the last house in the village, not overlooked and with countryside as far as the eye can see. So we decided to bite the bullet and buy it.”
The couple placed their house on the market, purchased Glenrise and embarked on a nine month renovation project which initially involved re-plumbing, re-wiring, re-plastering and installing new windows.
Next, they had the old Aga reconditioned, replaced it at the centre of the kitchen and had a new handmade, country-style kitchen built around it. Mrs Brown said: “I wanted a plain wood kitchen – it’s oak, I believe – and it had to fit in with the country-style of the house. To this day, I have never regretted it – it is extremely hard wearing and easy to look after, especially the granite worktops and stone flooring.”
Then the couple took out an old upstairs toilet, knocked through a small bedroom and replaced it with a useful Jack and Jill-style bathroom with black marble tiles. They also removed some large airing cupboards on the landing to open up the space and took out the boarded stairwell, replacing it with spindles and a banister.
Then before they moved in March 2000, they decorated each of the four reception rooms and four double bedrooms with soothing neutral colours and had all the curtains made by a soft furnishings company in Oakham, Leicestershire.
A year later, Mrs Brown was missing her utility room and Mr Partridge had designs on a swimming pool. She said: “I’d had a utility room in our previous house and whilst we had a big kitchen, it was my dream to have a utility room again. There was a big outhouse separate to the house and one year after we moved in, we decided to knock it down and build a utility room, boot room and swimming pool.
“It is a lovely pool, everybody admires it and the grandchildren get a lot of use out of it when they visit.”
The indoor swimming pool includes a steam room, showers and changing facilities, and has high vaulted ceilings and a mezzanine with studio.
Later, the couple added a sweeping driveway which provides ample parking and access to the double garage. A large garden terrace now leads out to two acres of private gardens with an enclosed tennis court, Victorian style glass house and orchards, beyond which is a one-and-a-half acre paddock suitable for a horse or ponies.
Mrs Brown said: “Mrs Pert laid out the skeleton of the gardens and she obviously had a good eye for garden design. It has meant that the bones of the garden are all here and we’ve just had to maintain them.
“Michael does all the mowing on his ride-on mower – he loves the grass to look nice – and I do all the frilly bits like the borders, the glass house and looking after the wildlife pond which is full of frogs, newts and King Cups.”
Being in the countryside means that Glenrise is an ideal spot for nature lovers. There are tawny owls roosting in the conifers and in the willow by the tennis court, wild birds nesting in bird boxes in the garden and Buzzards and Red Kites have been known to fly overhead.
The two vegetable patches ensure that Mrs Brown has a good supply of pickled beetroot, and is kept busy at the Aga making jams and jellies from the abundance of apples, pears, plums and crab apples.
One of Mrs Brown’s favourite rooms is the garden room which is next to the kitchen. She said: “The garden room is my favourite room in the house. There are some gorgeous fabrics in there and being next to the kitchen, it’s a great place for TV suppers and playing with the grandchildren.”
She added: “The little sitting room has windows overlooking the terrace and the drive. We moved the fireplace out of the dining room and installed it in there and now it’s a nice, snug place to read the papers on a Sunday.”
Although the couple have enjoyed living at Glenrise, they feel the time is now right to move on. They will be making the move to their holiday cottage in Norfolk which they are currently turning into a permanent home.
She said: “We’ve owned the cottage in Norfolk for the last eight years, have an excellent circle of friends there and do a lot of sailing. At our age, we feel this is the right time to make the move – it’s best to do it while we still can, rather than when we have to.”
• Glenrise at Old Somerby, near Grantham is on the market with Chesterton Humberts Grantham for £975,000. For more information phone the estate agents on (01476) 514514.