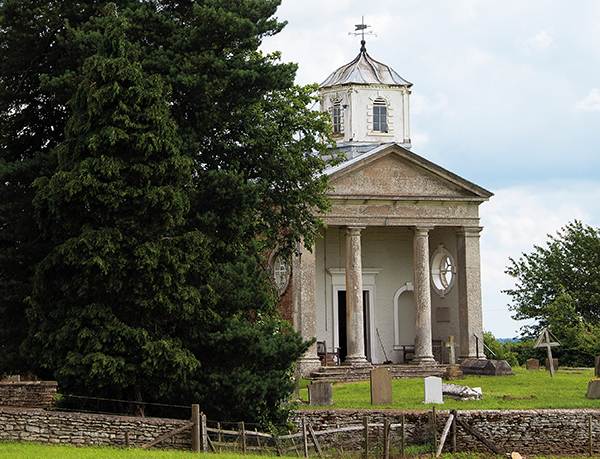 Gardens for all seasons

Chris and Jonathan have taken advantage of a striking prospect to the parish church, St Helen’s, on the brow of the hill. Although no concrete evidence has come to light as to the architect, this affecting 18th-century classical building was much admired by Nikolaus Pevsner in his Buildings of Lincolnshire compendium: ‘Though small, it is surprisingly ambitious’. This might suggest the driven, celebrated royal gardener and architect, Lancelot ‘Capability’ Brown.

MORE than a celebratory milestone, the Millennium proved a valuable impetus to take stock and change direction. Chris Neave, a Writtle College graduate with an HND in Amenity Horticulture, Landscape Design and Recreation, had been successfully running a commercial landscape business for 20 years. He had just inherited his great aunt’s 1930s bungalow on an exposed hillside site north of Lincoln.
Annie Winifred had been a keen cottage gardener in Saxby, the village where Chris’s family had lived for generations. Somehow, he sensed something special about the location where she had chosen to live. Together with Jonathan Cartwright, his partner, they decided to replace the bungalow and to build The Garden House, along with plans to create ambitious gardens. Since at least Roman times, the rural Saxby area has been enjoyed by settlers for its stunning views overlooking the upper Ancholme valley and Ermine Street, at the same time benefitting from expansive farming capabilities.
Last summer, a decade since my last visit, I was delighted to return to Brightwater Gardens with Lincolnshire Gardens Trust members, as we all emerged from pandemic lockdown. Where does time go? Sadly, I discovered a memorable avenue of pink-flowering horse chestnuts had succumbed to disease and had been felled. These have been replaced by fastigiate beech. However, substantial, formal garden ‘rooms’, enclosed by trim yew hedges and walled terraces, have multiplied near the house, each with a theme to encourage exploration. Select specialised planting and surprise vistas eventually lead to naturalised walks meandering down the hillside. Admiring a display of sculptural hostas nestling on the north side of the house, I wondered if the amazing development of East Ruston Gardens in Norfolk had been an inspiration.
Chris and Jonathan have taken advantage of a striking prospect to the parish church, St Helen’s, on the brow of the hill. Although no concrete evidence has come to light as to the architect, this affecting 18th-century classical building was much-admired by Nikolaus Pevsner in his Buildings of Lincolnshire compendium: ‘Though small, it is surprisingly ambitious’. This might suggest the driven, celebrated royal gardener and architect, Lancelot ‘Capability’ Brown.
At the time that the old parish church was knocked down, circa 1775, and rebuilt as a family mausoleum, Richard Lumley-Saunderson, 4th Earl of Scarbrough, was the main landowner. The holistic Brown had been advising the earl for several years. Although fees appear in Brown’s accounts, his architectural drawings and landscape plans detailing major improvements have not survived. However, in one expensive contract for Sandbeck Park and Roche Abbey in South Yorkshire, he determined that his best foremen should improve his estates ‘with painter’s eye and poet’s feeling’.
Could the choice of the church’s location be the key to unlock the mystery? The decision to build an elegant new church in red brick ‘with substantial stone and a complete portico’ overlooking the earl’s lands, including the administrative hub for his widespread estates at Glentworth, was probably taken because Saxby was the ancestral home of the Saunderson family.
The scale of St Helen’s arched windows, complete stone portico, Tuscan columns and bell turret relate to other signature elements employed elsewhere in other of Brown’s church designs. In 1766, Brown, born in Kirkharle, a hamlet in Northumberland, is said to have recommended that the Loraine family, his first employer and patron, should add a bellcote to St Wilfrid’s Church. A capable engineer would install a secure retaining wall to prevent the graveyard from land slippage. I have never come across a church, as here, set off by a stone ha-ha, a device often used by Brown to separate gardens from parkland pastures with grazing livestock. This feature certainly achieves a theatrical effect, as if placing the venerable building on a stage overlooking a wide panorama of unspoilt countryside.

A clinching factor came when Jonathan told me how excited he and Chris were when, after days of heavy rain, the great meadow below the church flooded. Brown created managed water-meadows, and often shallow lakes, to similar, spectacular, dare I say, ‘Brightwater’ effect, to set off and reflect his clients’ grand houses.

Brightwater Gardens, now established with firm roots and excellent design bones, are enlivened by glistening water, lush lawns and shaded canopies. All are protected from the worst of Mother Nature’s elements by stately shelterbelts. Northern marsh orchids rescued from a road improvement scheme in Northumberland are multiplying on the meadow bank. Jonathan is just as passionate about gardening and nature conservation while Chris takes a ‘capable’ lead in continuing to orchestrate the flow and content of the approximately 8-acre design, and in showing groups of visitors around.

Pleached red-twigged limes enclose a sophisticated nave, a formal ‘Cathedral Garden’ and place for quiet contemplation. An established fragrant shrub rose garden in the Long Terrace is given form by box balls, gate piers and urns. Show-stopping beautiful borders include a collection of bearded irises. Experimental prairie borders and wildflower meadow trails have evolved, creating exciting tapestries alive with pollinators; no easy task on a windswept site in a county suffering between 110 and 120 days of frost, on average. In the ‘Sun Garden’ for tender perennials, including salvias, I spotted a memorial bench dedicated to Chris’s farming father, the late John Neave, shaded by an exotic rice-paper plant, Tetrapanax papyrifer, entwined with Lathyrus latifolius ‘Pink Pearl’.

Prompted by the 2016 Brown Tercentenary, a Haddonstone bust has been positioned at ‘Capability Brown’s Lookout’ to gaze towards the charming church. His observant eyes will also notice a 21st-century technological invention: an automatic robot lawnmower, one of three in use in the gardens allowing cuttings to fertilise the grass. Brown, who was equally innovative and keen on best practice in his day, instructing his men: “Keep all in view very neat”, would surely approve. Yet how bizarre to see robots quietly maintaining acres of grass, in the vicinity of an 18th-century champion of sweeping lawn and calm waters!

From obelisk to contemporary sculpture, Chris and Jonathan have infused the garden with a story, while using their experience of ‘the right plant for the right place’ to keep moving forward and making changes with vision. They understand that plants have differing needs, the right conditions and environment to flourish; whether sun or dry shade, damp bogland, woodland or open meadow. Many years of planning and hard graft and wheelbarrow loads of patience have embellished Saxby’s ‘sense of place’. A unique blend of unforgettable, contrasting and educational gardens continues to pay dividends triggering emotional connections and memories for the well-being and enjoyment of many visitors.

Her Majesty the Queen recently recalled the wisdom of her first Prime Minister Winston Churchill, who acknowledged ‘The further back you look, the further forward you can see’. Whatever the season, every tourist comes away enlightened by touches of garden history and nature’s diversity, inspired by eye-catching trees and with ideas for fresh, contemporary plant combinations for potager or border. After only a couple of decades, the glistening ‘Pindle Pond’ below, framed by maturing rare species trees, reflects ever-changing skies, and is covered with copious water lilies. The thought occurs that the gardens’ creators should perhaps invest in a Monet statue to give ‘Capability’ Brown some company!

After 15 years of opening to the public, the owners have decided not to open the garden to individual visitors. However, they will continue to open the garden to groups of 20 people or more (by appointment – with guided tours as required) during spring and summer months. Brightwater Gardens will open for snowdrops, 17th-26th February 2023. 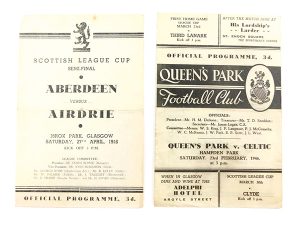 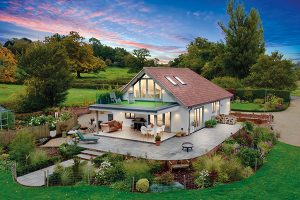