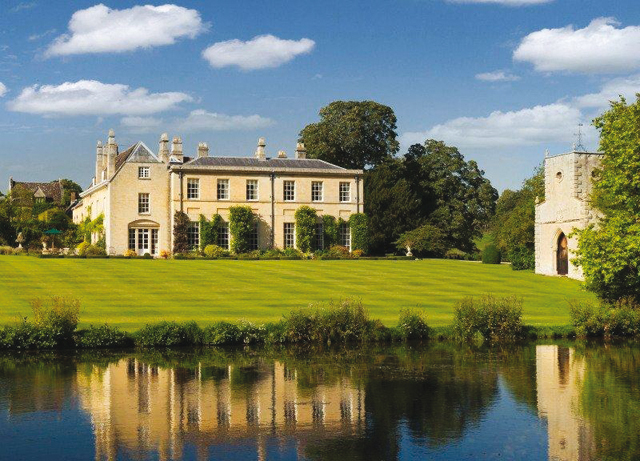 When the Holywell Hall estate at Stamford was sold earlier this year, the outgoing owners instructed Golding Young and Mawer to sell the surplus antiques, works of art and modern furnishings in the property.

With a four-week deadline until the new owners arrived, there was little chance for a catalogue to be printed, but a fully illustrated online catalogue  for the 488 lots was available ten days prior to the auction on 25th September 2013. The three viewing days before the auction saw the Sunday by far the busiest day with over 100 people registered to bid by mid-afternoon.

By sale day over 250 buyers from ten different countries had registered for online live bidding and at the start of the auction the 200-seater marquee was full.

Highlights among the works of art included an eighteenth-century, half-length portrait of a gentleman which sold for £1,600 (Lot 188); an early nineteenth-century English School portrait of George IV sold for £4,000; a John Knapp-Fisher work entitled ‘White Sands’ which fetched £1,100 and a Constance Pitcairn work depicting ‘The Queen at the Carisbrooke Fete’ that achieved £5,400.

In the furniture section, the top price was £1,800 for an eighteenth-century French ormolu mounted tulip wood serpentine commode. Meanwhile, a Boston upright piano, designed by Steinway & Sons, fetched £1,500 and a pair of late eighteenth-century mahogany hall chairs made £1,100.

The auction sale also included a large selection of household effects which kept bidders enthusiastic, including a Concept rowing machine selling for £580. The entire sale exceeded £100,000 – quite an achievement given the short turnaround.

Among the decorative furnishings, an eighteenth-century Moorish table cabinet sold for five times its estimate at £2,500, a large mid-seventeenth-century verdure Aubusson tapestry made the top price on the day at £7,000 and two tribal art paddles made £4,600 and £3,000 respectively. Another highlight that superseded all expectations was a nineteenth-century Chinese blue and white charger which sold to a live internet bidder for £2,400 which was twenty times its top estimate (Lot 485). This illustrates the continued erratic nature of this market.