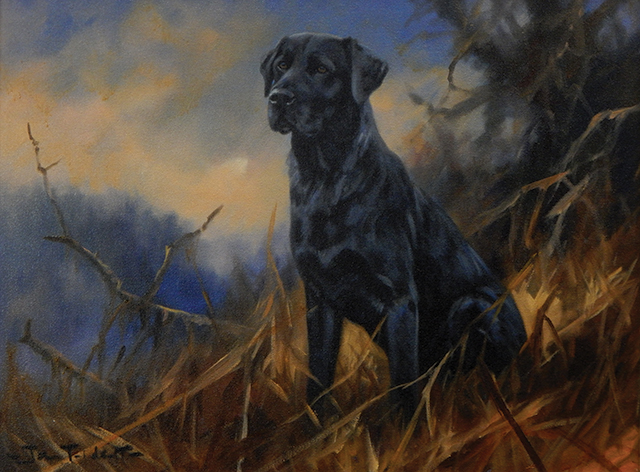 The Lincoln Fine Art Auction, held in the specialist art gallery at Golding Young & Mawer’s new premises on Station Road in North Hykeham, attracted bidders from around the globe.
Online bidders registered from France, Italy, Iceland, USA, Germany, Spain and Norway. Fierce bidding from the collectors in the saleroom, on the phones and live online saw over £40,000 totalled in the first ten lots.

Highlights included £22,000 for a woodland landscape by John Linnell. The artist, born in 1792, was a student at The Royal Academy and later worked as a portrait and landscape artist in the traditional English School alongside other notable artists including William Blake, Samuel Palmer and John Constable. The picture, consigned from a Lincoln resident, was keenly contested at the auction, eventually selling to a telephone bidder from the south of England. Another picture from the 19th Century English School by Charles Robert Leslie sold for £11,000. Born in 1794 to American parents, Leslie was also a student of The Royal Academy. This picture, titled ‘The Shell’, was in the typical English genre tradition, showing a tender scene of a young child playing with a seashell. Estimated at auction at £6,000–8,000, it well exceeded this, finally selling to a bidder in the room.

Mid-auction saw a collection of works by local artists, including a Cleethorpes beach scene by Peter Brannan, which sold for £400; a John Trickett oil on canvas of a black Labrador, which sold for £480; and a watercolour of sand hills at Sutton-on-Sea by the Boston artist William Bartol Thomas doubled its auction estimate selling for £420.