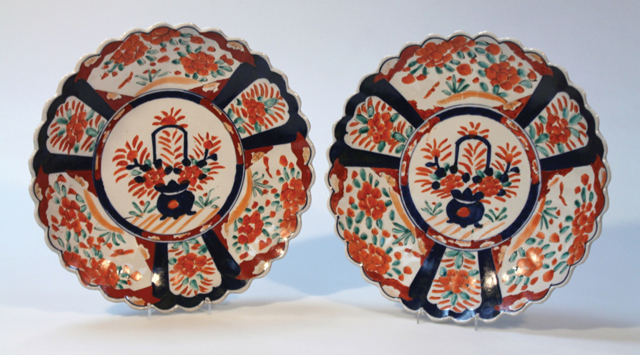 A record 700 buyers were registered to bid online in one of the most successful sales to date at the Lincoln Auction Rooms.
The varied patterns influenced Western European decorations from the eighteenth century and were used by such factories as Crown Derby for their Imari design decoration, which is still produced today.

Following the establishment of European trading companies, who expanded posts in China and Japan from the mid-seventeenth century, such shapes as tankards and jugs were produced after European models and decorated in the Oriental style.

Japanese pottery design shows the pursuit of aesthetic sensibility, of unique design and interest. Developed over thousands of years, the designs are highly distinctive, incorporating plant designs and studies of figures and animals for use on tea jars, bowls, flower vases and incense boxes.

The Kakiemon designs are of great originality, displaying a characteristic asymmetry. These were much admired in Europe in the eighteenth century and were often called ‘Japan design’; they were used for decoration of teawares throughout the nineteenth century.

Imari wares of a heavier design incorporated the use of gilt highlights on a red and blue or black geometric design.

The Kutani design, which originated in the region during the seventeenth century, featured deep green, yellow, purple and blue enamels thickly applied to bold designs and included textile patterns as well as birds, plants and landscapes with figures.

All of these designs show the inter-relationship of design and culture. These works regularly appear at auction in their various forms, fetching from tens of pounds to thousands.