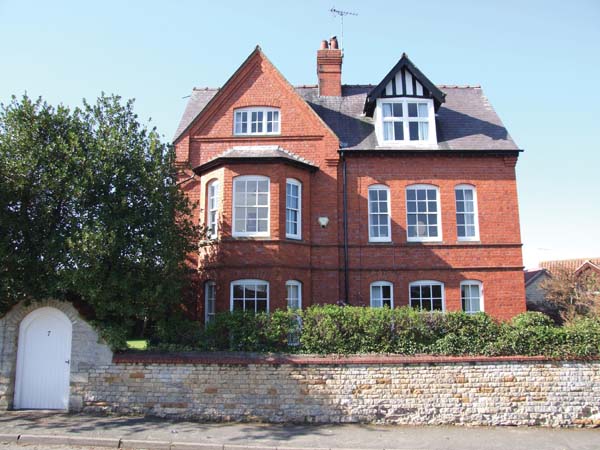 Just what the doctor ordered

When Dr Hugh Goldstein bought his grand Edwardian home in Washingborough, near Lincoln, it was the perfect house in the perfect location.
He had been living across the road from the property for three years, ever since he had taken his appointment as a GP at the Washingborough Practise in 1974.

Dr Goldstein, who is married to Stella and has two children, Marc and Claire, two stepchildren, Victoria and Emma and five grandchildren, said: “I saw the potential in the house’s light and spacious rooms and its garden and these factors, along with its location, made it particularly attractive for me and my then young family.”

Built in 1905, the imposing property known as Kingsmead had previously been owned by a doctor, a banker and a cleric. It stands on School Lane in the centre of the popular village, which is only two-and-a-half miles from the city of Lincoln, and has its own array of amenities including shop’s, pubs, a primary school, a doctors and a veterinary surgery.

The property has spacious rooms on three storeys and is full of original period features, including deep cornices and cast iron fireplaces. The entrance hallway has an original tiled floor and the ground floor also features a dual aspect sitting room with living flame gas fire and a drawing room, which also benefits from dual aspect and a fireplace with a pine surround. There is also a cloakroom under the stairs with space for hanging coats.

The kitchen has a tiled floor, is fitted with matching base and wall units and appliances include a Neff gas hob, a double oven and a built-in dishwasher. A door leads to the utility room which has base and wall units, worktops, a stainless steel sink and plumbing for a washing machine, and which in turn gives access to a useful workshop. A double glazed conservatory has double doors which lead into the garden.

Upstairs there are three bedrooms and a family bathroom on the first floor. The first bedroom has dual aspects with a bay window and built-in wardrobes, the second bedroom features an attractive cast iron fireplace and built-in wardrobes and the third bedroom is currently used as a study and has access to the airing cupboard.

The stylish bathroom has a contemporary suite with twin hand basins, a roll top bath, double shower, a bidet and chrome heated towel rail. There is also a separate toilet on this floor and a useful box room.

On the second floor, there are two further bedrooms both with high ceilings with beams, hand wash basins and cast iron radiators. The bathroom has a pine floor and a white suite with a bath and separate shower.

Dr Goldstein said: “My children used to enjoy having the top floor to themselves, along with an integral bathroom.

“It is still nice that, when my children now visit with the grandchildren, the house comes to life again. There is plenty of space for everyone and a lovely garden for the grandchildren to play in.”

Outside, double gates lead to a gravelled car standing area and a separate double garage.

The gardens themselves are enclosed and principally laid to lawn to the side and rear with mature shrubs and flower borders. There is a patio area to the side of the house and another patio at the rear with a shed.

The Goldsteins have done quite a bit of work on the house to get it just the way they wanted. Dr Goldstein added: “Over the years we have landscaped the garden, put in an extra bathroom, extended the kitchen and built a conservatory.

“The conservatory is now a large light area where we spend a lot of time living and entertaining. It is our favourite place to sit and look at the garden.”

Over the years, the family has enjoyed wonderful times in the house. Dr Goldstein said: “We have many happy memories of family Christmas gatherings and summer barbeques.

“My recent sixtieth birthday party was particularly memorable. We entertained more than sixty guests in a marquee on the lawn, complete with dance band and perfect summer weather.”

Now thirty-six years since they first stepped through the doors, the Goldsteins have decided to sell their much-loved family home.

Dr Goldstein said: “Now that the children have left and I am coming up to retirement my wife and I really need to downsize.

“We are both keen golfers and this is how we spend the majority of our spare time, so ideally we would like to move closer to our golf club at Torksey.”

He added: “We have spent many happy years here and hope that the next incumbents will do likewise.”

7 School Lane, Washingborough, near Lincoln is on the market with Chesterton Humberts Lincoln for £470,000. For more information contact the estate agents on (01522) 546444.