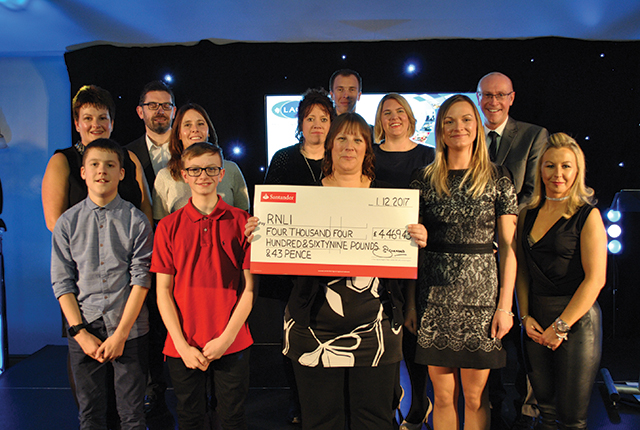 Scott Studd, who volunteers at Olsen Court in Lincoln, was announced as the winner in the Age UK Lincoln and Kesteven Volunteer of the Year category, while Di Williamson, support co-ordinator at Worth Court in Bourne, took home the Shooting Star Customer Service Award.

A trophy for excellence, sponsored by Investors in Excellence, was taken home by housing and support officer Hazel Ashmore, and the Lindum Best Team Award went to Tracey Warren and Michelle Cook from Brick Kiln Place.

The final special awards announced on the night were the Contractor of the Year, presented to Stewart Austin by Nick Chambers, and the Board of Management Award which was given to the Property and Grounds Maintenance team by LACE Housing chairman Allen Horne.

In addition to the special awards, more than twenty staff, volunteers and Friends of LACE Housing were presented with certificates to commemorate their service and continued support for the not-for-profit organisation.

During the ceremony, Nick reflected upon the association’s achievements over the last twelve months, which include the official opening of Chapman Court in Skegness and the launch of the ‘Ideas for Change 2017: Extra Care Housing in Lincolnshire’ report, in association with the University of Lincoln.

Following a year of fundraising activities, Nick also presented a cheque for £4,469.43 to Sarah Whattam from LACE Housing’s 2017 charity of the year, the Royal National Lifeboat Institution.