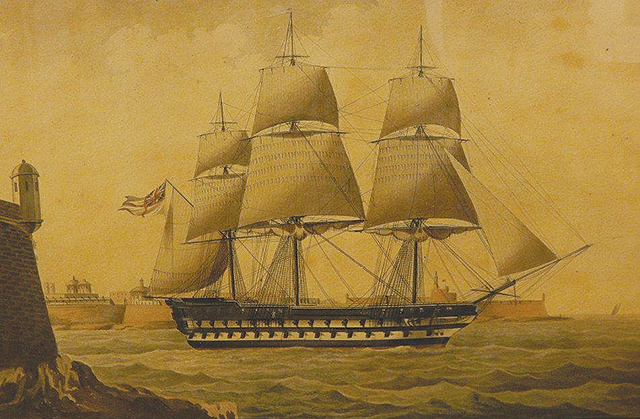 The Lincoln Fine Art Auction held at Golding Young & Mawer’s Lincoln Auction Rooms in North Hykeham saw a record selling rate, with bidders across Europe and America.
The first part of the auction saw a collection of prints by Laurence Stephen Lowry. Demand for Lowry’s work has been consistent since the 1950s but values for his artist signed limited prints have trebled in the last eight years. The offers for all five prints exceeded their auction estimates. Top price was £6,600 for Lot 5, A Northern Town, numbered 29/75.

Another notable result from the evening’s auction was £5,200 for an eighteenth-entury British School oil on canvas portrait, of a convict named Jack Shepherd. Originally contested via the telephone bidders, it eventually sold to a collector in the room.

The lot which created the most amount of pre-sale interest was a pair of watercolours by Nicholas Cammillieri, of the HMS Revenge sailing in and out of Malta Harbour in 1836. The pair attracted a large number of bids via the internet and finally sold to one of the six telephone bidders for £4,000.

A Maud Earl oil on canvas also caused much pre-auction interest. The picture was consigned from Thoresby Hall, having previously catalogued for the 1988 Sothebys auction. The description was later changed from foxhound to deerhound and on the evening it exceeded the top estimate, selling for £2,500.

Lincolnshire artists continue to be well competed for. Highlights included Lot 87, a WB Thomas of fishing on the Witham, which sold for £320. An oil painting titled The Harbour by Peter Brannan made £700.