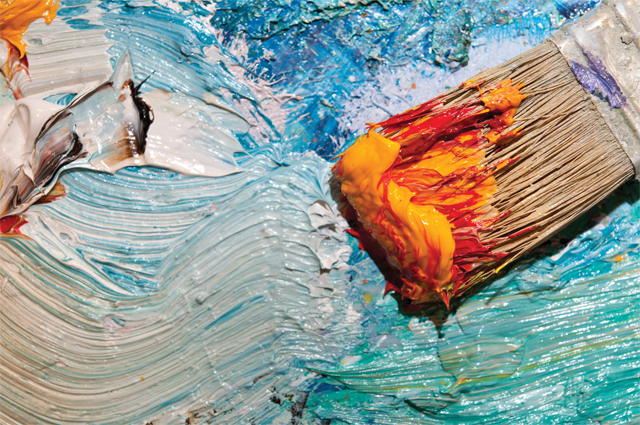 Over 70 paintings and prints by the late county artist Vincent Haddelsey were included in the sale at Golding Young & Mawer. The artwork was sold on behalf of an estate and there was a great deal of interest on the viewing days.
With buyers in the saleroom, on the telephones and bidding live via the Internet, the first four lots of original works sold for the highest prices.

Born in Grimsby in 1934, Vincent Haddelsey lived at Canwick, near Lincoln, as a child and enjoyed riding with the Blankney Hunt and being on foot with the Cranwell Beagles. During his early career, his work was sold at a gallery on Lincoln’s Steep Hill and some of his paintings feature Lincolnshire scenes, including ‘The Blankney at Canwick Hall’, ‘King’s Troops rehearsing before the Lincolnshire Show’ and ‘Polo Match at Belvoir Castle’.

Vincent was a self-taught artist who developed a love of horses at a young age and travelled the world in pursuit of his subject matter. He studied horses and landscapes in Mongolia, China, India and Chile, participated in the rodeo in Mexico, rode with hounds in Europe and showjumped in England and Canada, all the time painting the scenes he saw.

Preferring to be known as an ‘equestrian painter’ rather than an artist, he exhibited widely, wrote and collaborated on books about his work, and has paintings included in the Royal Collection among others. He never lost his connection to the county in which he grew up. He died in Paris in August 2010.

Meanwhile, a collection of studio works by the artist Peter Wood of Theddlethorpe, near Mablethorpe, sold for £1,600. The paintings attracted equal bidding in the room and on the Internet.

In total 300 lots of paintings and prints were featured in the sale and among lots by other artists the highest price paid was £1,500 for a signed oil on canvas titled ‘Maiden in Floral Cottage Garden’ by Henry John Yeend King (1855–1924). The painting was consigned by a local vendor and sold to a buyer bidding over the Internet.

Another highlight of the sale was the oil on canvas ‘Harbour Scene with Masted and Paddle Ships’ by the artist John Wallace (1841–1905) which sold for £700, more than doubling its lowest estimate of £300.