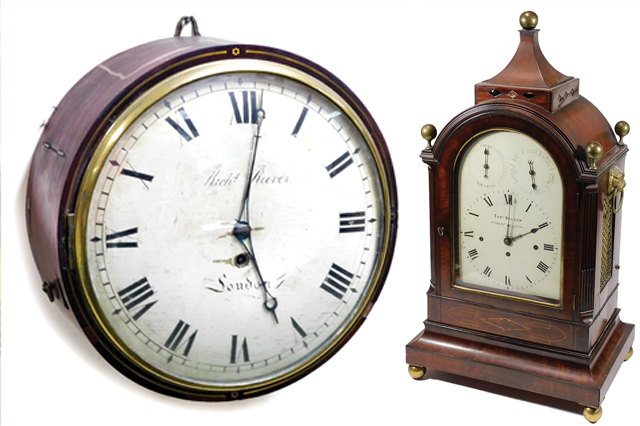 Lincolnshire timepiece chimes out at auction

Within this impressive case was an arched dial and an eight-day double fusee movement striking on bells that lift the clock to a special status. The added features included playing a gong on the hour, and a tune for each day of the week. The maker was Thomas Nelson, a noted Lincolnshire clock maker of the early nineteenth-century residing in Market Deeping.

The pre-auction estimate of £1,200-£1,400 proved to be on the conservative side, but maximised interest, resulting in a final bid of £3,700 selling to a Dutch collector.

Another clock of note included in the auction was a Jaeger-Lecoultre Atmos clock. The Swiss manufactured clock dated from the mid twentieth-century. The special feature of this clock is that it does not need to be wound manually as it stores energy from temperature and atmospheric changes.

A later mahogany wall clock again by a London maker, this time Richard Reevers, saw a doubling of the auction estimate, selling with a final bid of £1,300.