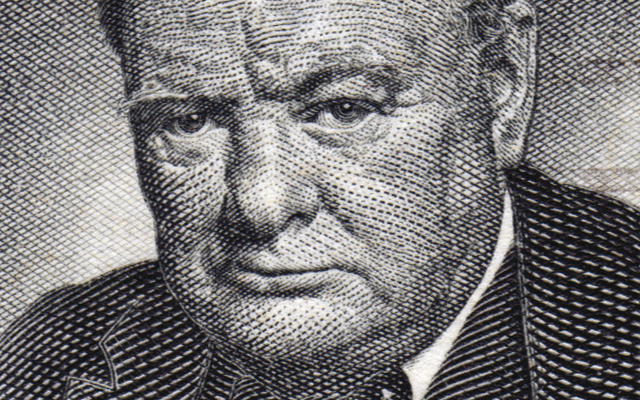 The 50th anniversary of the funeral of Sir Winston Churchill was marked this year with a day of events in the capital.
The boat that carried his coffin along the Thames in 1965 repeated its journey with family members on board. Prime Minister David Cameron laid a wreath in his memory and described him as ‘a great leader and great Briton’ and there was an evening service at Westminster Cathedral where flowers were laid on his green marble memorial stone.

The man, who was appointed Prime Minister twice and led Great Britain to victory during the Second World War, certainly made his mark on the country and his legacy lives on to this day.

In auction houses around the country and on the Internet, specialist collectors are always on the hunt for items relating to the great man. When it comes to collecting, there is a wealth of items to choose from to suit all pockets.

At Lincolnshire auctioneers Golding Young & Mawer, which has auction houses in Lincoln, Grantham and Bourne, one of the most common commemorative items to be offered for sale is a Royal Doulton Toby Jug, shaped in Sir Winston Churchill’s image, one of which fetched £35 in the November auction at The Grantham Auction Rooms.

Likewise, the November auction at The Grantham Auction Rooms saw a Royal Doulton figure of the great man by Adrian Hughes sell for £65. In another sale, six first edition volumes of The Second World War written as Winston S Churchill, which dated from 1948 to 1954, sold for just £45.

At the upper end of the market, collectors are willing to pay high prices for rare and desirable items. In an auction in February this year at the Bourne Auction Rooms, a Sir Winston Churchill commemorative 22 carat gold medallion, mounted in nine carat gold with a nine carat gold chain, sold to a collector for £1,200.

Meanwhile, a 1920s signed monochrome photograph of Sir Winston Churchill by J Russell & Sons, London, sold at the Grantham Auction Rooms for £1,100 in January. Pictured seated in a formal pose with hands clasped, the picture was signed and dated 1921 on the mount below the photograph and was framed and glazed.

Born at Blenheim Palace in 1874, Winston Churchill was first elected to Parliament in 1900. In 1915 he was forced to resign from the cabinet in disgrace after the disastrous World War I Gallipoli Campaign.

In 1940, he was appointed Prime Minister with Britain again at war with Germany during World War II. In 1945, Churchill lost the General Election to Clement Atlee’s Labour Party despite leading the nation to victory in the war.

In 1951, he returned to Downing Street as Prime Minister again after securing a narrow majority. He retired in 1955 due to ill health and died ten years later in 1965 aged 90.