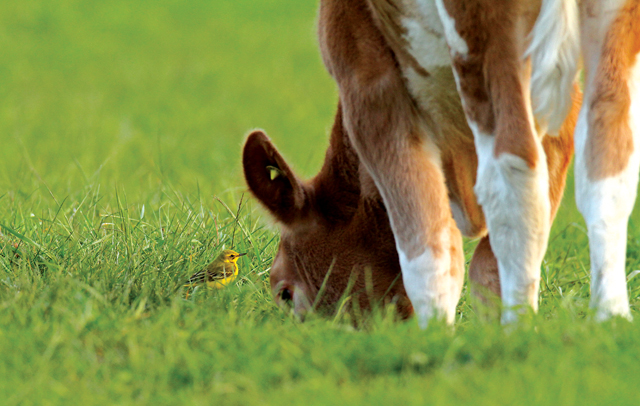 Rob Chapman’s love of perennial violas began when he was a young boy with the gift of a packet of seeds from his uncle. Fifty years later he is bidding to complete a hat trick of Gold Medals this year at RHS Chelsea Flower Show.
I went to meet Rob and his wife, Sue at their nursery near Lincoln (not open to the public). It was a gloriously sunny day and comfortingly warm in the polytunnels but with a chill breeze rippling through the stems of hundreds of pots of perennial violas out in the open.

“I began cultivating violas on my uncle’s allotment,” explained Rob. “That packet of seeds produced such a variety of colours and subtle perfume. I have never tired of their cheerfulness and once I learnt how to cross breed and produce new varieties I was hooked.”

After training at Oaklands College, St Albans, Rob started his horticultural career at Springfields, Spalding in 1966, firstly as assistant and then as head gardener for ten years. Rob went on to run his own nursery and garden centre in Spalding before semi-retiring and moving to Lincoln in 2002.

I have used the word semi-retiring because, by their own admission, Victorian Violas which began as a retirement project has now grown to a seven-day-a-week job again.

“You want to do the job to the best of your ability and as our ambitions and achievements have grown so has the amount of time that you need to invest to produce the best,” said Rob.

I am always fascinated when I walk around a flower show, to understand how the growers have managed to achieve perfection from plants which may or may not naturally bloom at that time, let alone the unblemished and pristine form of the leaves and petals.

Rob talked me through his preparations for Chelsea and indeed the other two premier RHS shows they attend: Hampton Court Palace Flower Show and BBC Gardener’s World Live.

“Compared to some of the companies exhibiting we are a very small concern but no matter what the award we are proud to fly the flag for Lincolnshire. The year begins the previous summer when I take cuttings from the mother plants. I have a mother for every variety, well over 100 in total, which are kept in a controlled environment to protect them from disease and pests. By September, those cuttings are ready to be planted into the terracotta bowls which I use for the shows.

“After the plants are potted on they are left to grow outside. They are completely frost and winter hardy but hate to be waterlogged. They love air circulation at all times. By the time Chelsea is approaching, like today, in May we are tending them very closely, to dead head and whisk them inside if a shower looks likely. We cannot risk a blemish or rain spot on a leaf or petal if we stand any chance of achieving a third Gold Medal.”

Of the 150 bowls which Rob and Sue are tending they will select the best fifty to take to Chelsea. Some can then be cut back to bring them on again for the subsequent two shows.

Rob was very keen to explain the difference between these spring and summer flowering perennial violas and the annual variety which are on sale in the autumn. They are less well known but infinitely more versatile and above all beautifully perfumed. If looked after they will flower from spring to September. Cut them back and feed and their beauty will delight you again the following year.

Of the 100 or so varieties grown by Victorian Violas, more than eighty have been bred by Rob. He took me on a tour of some of his favourites, although to be honest, I think he loves them all and especially the naming process which captures his imagination from the unique characteristics of each variety.

Breeding a new variety takes many seasons but begins with young vigorous plants which are cross-pollinated by hand together with some help from the bees who are always attracted to their colour and scent. The seeds are then gathered and grown to see which characteristics have been produced. Rob is looking for form, colour and perfume but he is still surprised by some of the traits which appear. It is then a process of growing on over several years to eliminate the weaker plants until the variety is the best it can be.

One of the recent bestsellers is Blue Sails produced about five years ago. This highly scented, frilled flower is a delicate blue perfect for pots and gardens as well as cutting for a small vase. Sunny Jim has the strongest perfume, while Bonny is a cheerful blue and yellow bi-colour. Victorian Violas is unique in having so many of their own varieties but while it is easier to register them in America it is still a difficult process in the UK.

While we walked around, Sue was busy in the polytunnel potting on cuttings which will be ready to sell as full grown plants at the shows. “For the first time, we are able to trade at Chelsea,” said Sue, “which has increased the work and preparation required. All the shows are very well attended and we sold everything we took last year as well as taking lots of orders which we dispatch as soon as we arrive home.”

I shall be looking for Sue and Rob when I attend Chelsea Flower Show Press Day but also thinking of them the day before when they leave Lincoln at 4am to travel down to London to set up their display. They stay in London all week working a 14 to 16 hour day and then repeat the operation for the other shows.

When I left Sue and Rob they were still tending the show bowls and hoping for milder, less erratic weather than the previous month to really seal their chances of competing for that third Gold. Listen for announcements on the Tuesday of the show to hear if they have achieved their goal.

LEARN MORE ABOUT VICTORIAN VIOLAS LIVE
Rob Chapman gives talks to garden clubs and groups across Lincolnshire. If you would be interested in a one-hour talk with slides for your group please call: 01522 686343.

In season there is also the chance to purchase plants at these talks. You can also buy plants via the website: victorianviolas.co.uk