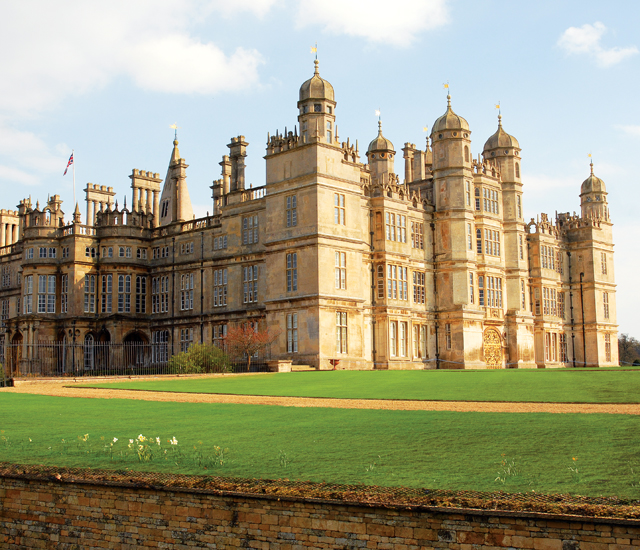 This is a great place

Steffie Shields reveals a new theory about Capability Brown’s work at Burghley.
Timothy Peake, the first Englishman in space, is much admired and will, like any man or woman who achieves a remarkable first, be long remembered. As I write, his space station is still circling the globe. Hurtling through space for six months, he is sending back unique photographs, doubtless contemplating each treasured glimpse of his homeland.

Here on earth, the royal gardener Lancelot ‘Capability’ Brown (1716 –1783) is also rightly celebrated this year, with a bumper national Tercentenary Festival. Though the term for his profession was not actually coined until the nineteenth century, Northumbria-born Brown is heralded as the world’s first landscape architect in the modern sense.

His wife Bridget Wayet hailed from Boston. A driven businessman, Brown made many Lincolnshire connections as he translated his nickname ‘Capability’ into his fortune by improving whole estates and altering the way they were managed economically, creating acres of liberating ‘thinking space’, with his feet firmly on the ground.

I have been following Brown’s footsteps, armed with my camera, since the 1987 hurricane toppled thousands of his veteran trees in the south of England. I thought the observant polymath would teach me to look and that would improve my landscape photography, but I had better get ‘on my bike’ before the feel of his designs was completely lost. He certainly got around! If I had to pick just one from his 260 plus works, in order to convey an essence of the man and his generous ideas, then it would be Burghley.

Location, location, location. Burghley Park neighbours Roman Ermine Street, the Great North Road, on one side and the best stone town in the country on the other. Most of the surrounding historic park today lies in Cambridgeshire, with a section of the estate in Northamptonshire, but the house is actually in Lincolnshire.

You can still see Brown’s improving touch in almost every direction inside the house and out. Besides great earthworks and expert kitchen garden advice, he was both an architect and interior design consultant. The first glimpse of the line of his deep ha-ha, was enough for me. It snakes down towards his Lion Bridge over his ‘new river’ extending almost the length of the park. Just as in a Picasso masterpiece, Brown’s bold and balanced use of space, colour and line made a ‘bigger picture’ that, after all this time, still engages every visitor in this marvellous out of doors gallery.

Henry Hoare, the banker who created Stourhead, approved of Brown, repeating a phrase from Alexander Pope’s poem ‘He paints as he plants’. Brown’s eye is said never to have failed him, ‘Keep all in view very neat’ was his mantra. Thanks to Brown demolishing all the barns and stables in the environs, the tranquil, verdant view of the great house with its glorious golden gates stays long in the mind. He went on to design and build a state-of-the-art, three-sided, nine-bay and two-storey stable range behind the house, in restrained Gothic style with crenellated hipped roof tiled in local Collyweston slate, recycling stone from the old Wothorpe House abandoned because of cholera.

Another Brown client, Lord Dacre of Belhus in Essex was suitably impressed and relayed the news:

‘He tells me he has the alteration of Burleigh and that; not only of ye park but of ye House which wherever it is Gothick he intends to preserve in that Stile: and whatever new ornaments he adds are to be so: For example in ye old Hall whose Sides he says is now quite naked: I advised him however not to Lace it too much.’

However, Brown encountered engineering problems, none more challenging than a geological fault line in the earth’s crust running along the front of the south elevation of the house. This caused the dam for his lake to burst dramatically, laying waste to his newly-planted shrubbery. His stoic workmen had to rebuild it, making it ‘double-sure’. They doubtless welcomed beers from the brewhouse Brown installed in the Chestnut Courtyard!

Researching the story of the place, with the help of archivist Jon Culverhouse, has been fascinating, though records are sparse. I now believe that earthquake tremors in August 1755, that were reported from north Lincolnshire as far as Rushden in Northamptonshire, caused enough damage for the 9th Earl of Exeter to call Brown in the first place. This probably accounts for the decision, among other improvements, to demolish the west wing of the north court. It also gave Exeter grounds for taking a tour in Italy while Brown effectively rebuilt the entire south elevation with the help of Stamford’s finest masons.

There have been countless visitors since the date 1577 was carved on the ceiling of Burghley’s western entrance. One, a Lady Grantham, observed in 1782: ‘On way (to Newby) stopped at Burleigh. Mr Brown has smoothed and laid out the grounds, having levelled and pared away the House till he has given it appearance of higher situation.’

Look closely at Brown’s signature acres of lawn space. A discreet and subtle level change serves more than drainage into the ha-ha. The house and its Barnack stone plinth has effectively been shored up, and the level raised so that the original existing steps are no longer needed on the south garden side.

Drawn towards Oak Hill, I question whether this was a natural rise or courtesy of Mr Brown, helping to screen the town from view. Where on earth did he put all that spoil from digging out the lake? Such was his mastery with changing levels, looking back towards the house, the ha-ha, at least nine feet high in places, vanishes as if by magic to allow the eye to take in the park panorama in one seamless sweep.

These last years, it has been uplifting to witness the work of forester Peter Glassey, director of forestry, park and gardens, replanting trees to fill gaps in the boundary tree belt. Some veteran trees, significantly framing certain views, have acquired nearby youngsters, quietly maturing in their teens to step into a more picturesque role when Brown’s trees succumb. Lately, by felling later layers of inappropriate planting, he has, as if cleaning the grime away from an old artwork, opened up the views of the park to reveal more of Brown’s ideas and space. Peter has to imagine any new trees he plants fully grown and allow sufficient growing space. Will foliage contrast or blend? What will be their punctuating role, either attracting the eye or leading it further, just like the great man’s cedars at the end of the lake?

A moderniser who valued heritage, Brown once wrote fondly of Burghley to a friend: ‘This is a great place, where I have had 25 years pleasure restoring the monument of a great minister to a great Queen.’

I look forward to sharing more of ‘Capability’ Brown’s story as Lincolnshire Gardens Trust launch their programme, the first of five special events as part of the CB300 Festival celebrations for the public, at Burghley. Come and find our Shakespeare of Garden Arts. There will be a novel chance to admire Brown’s Cutting, his theatre of approach and model farm in Burghley Park and acres of breathing space, from the comfort of a horse-drawn carriage!