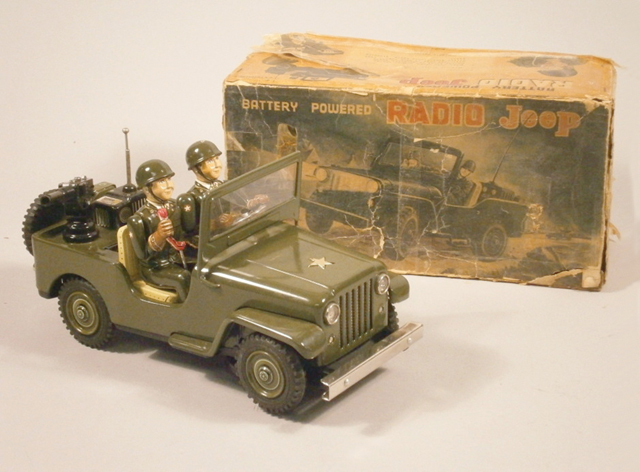 Toys, unlike some antiques, have almost universal appeal. The attraction for collectors can be reminiscences of early childhood, and memories of their first toys, as well as the satisfaction of owning rare and valuable items.
Most of the large salerooms now run regular auctions of toys and those auctions are often divided into specialist areas such as soldiers, die-casts and tinplate toys.

Toys manufactured from tinplate are known to have been available in Europe since the 1880s and examples were exhibited in the Great Exhibition of 1851. These would have been very expensive toys. Mass production would not have been possible until factories were powered by steam and, later, electricity. The majority of tinplate toys were still hand painted up until 1900. After this point, a cheaper process of lithographic printing was developed.

When motor cars first appeared on the road, toy manufacturers saw the potential and by 1910 were producing a large selection of vehicles of differing qualities. By the twentieth century, the range of tinplate toys was extremely varied in both price and type. By the end of the 1930s Japan had also begun to produce reasonably priced tinplate toys, but the most collectable were from manufacturers in Germany and the United Kingdom.

After the war, simplified methods of production made the cars easier to produce. They became available to a wider social group and children wanted copies of the newest models they saw in the street. Manufacturers were pleased to satisfy this demand with an ever increasing selection of cars in sizes and prices, although the detail and individual craftsmanship that characterised the earliest models disappeared. This in no way diminished their appeal.

Golding Young & Mawer now hold specialist automobile sales at their Bourne Auction Rooms, which include toys. The online catalogue and internet bidding is a major attraction for toy collectors worldwide.