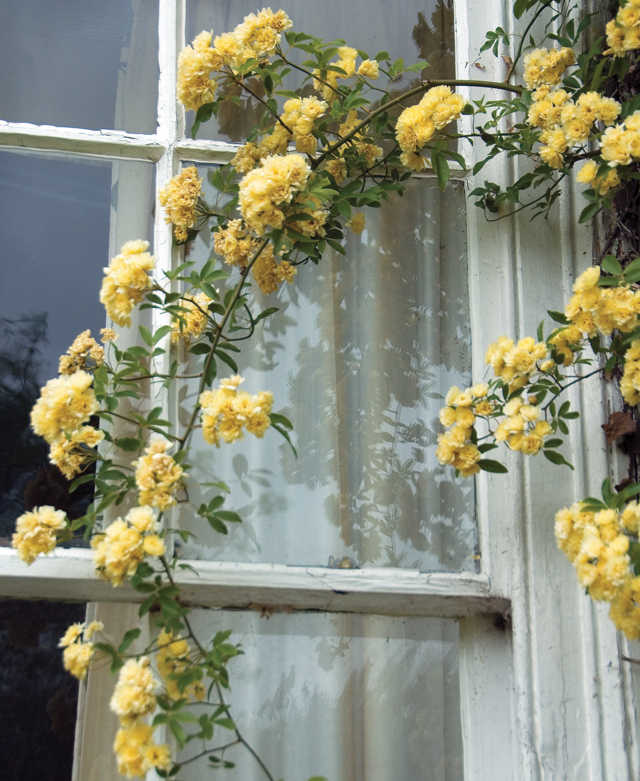 Steffie Shields reviews ‘Rooted in Lincolnshire’, the latest publication inspired by Sir Joseph Banks (1743-1820) of Revesby
Jean Shaftoe Burton was born in Sunderland, and yes, if you were wondering, she is a descendant of Robert Shaftoe, the eighteenth century Member of Parliament, remembered in the famous nursery rhyme ’Bobby Shafto‘s gone to sea’. Jean lived for a time in Nottingham, before determining, some thirty-six years ago, to live in Lincolnshire. She moved into a converted old schoolhouse in Fulletby, outside Horncastle, as she says, “a lovely country setting for a townie”. These peaceful surroundings, the main attraction, helped her to settle down and also proved an inspirational springboard to finding out about the region. Having taken a somewhat similar, if more circuitous journey, I empathise.

Jean found there were diaries and notebooks kept by the remarkable Victorian schoolmaster who once worked in her house. She could not put them down, a Pandora’s Box of copious stories and verse. Henry Winn (d.1914 aged 98) grew up in Fulletby, followed his father into making shoes, but had much more to give. He became master of the village school, went on to run the village shop, set up a beneficial society and the first library, and assumed the duties of parish clerk, overseer of the poor, local highway surveyor and constable besides. In 1880, Winn began to record village customs and trades, the places and inhabitants and the characters. Fascinated by this window into the past life of the village, Jean contacted descendants, gave talks, produced a booklet to share Winn’s story with others, and even organised a special exhibition about this hard-working, quirky Victorian schoolmaster who once “ran the village”.

Local history draws one along unexpected paths. Jean became manager of the Horncastle Tourism Centre. Gradually she came to appreciate the major significance of another local hero, and in seeking to make village tours more interesting for visitors to the area, produced several leaflets to highlight local connections.

She now firmly believes: “Banks is worth making a fuss of, more than Tennyson!” Then she decided to research material for a book that would offer a general overview of the impact Sir Joseph Banks had on the district.

In the meantime, the idea of forming a Joseph Banks Society became more viable. A surprising momentum gathered volunteer enthusiasts and learned experts alike, with Jean as a founding member and then chairman. An animated conversation with Jim Hopkins over a glass of wine led to the Joseph Banks Centre being founded in Horncastle, as a base for the Society. Readers may recall that Jean worked tirelessly together with Chris Hewson and Lincolnshire Gardens Trust member, Gwen Grantham to create a small Joseph Banks Tribute Garden in the sheltered courtyard there, to showcase many exotic plants first introduced by Banks in order to attract tourists and to educate and engage the young. A hot summer’s day in June 2010, with Dr Cheryle Berry, now chair of trustees, saw the garden formally and appropriately opened by John Godfrey, High Sheriff of Lincolnshire. The Society has now established firm links with Australia and promoted new research. Recently awarded the Order of Merit by Her Majesty the Queen, Sir David Attenborough OM FRS has become the Society Patron.

‘Rooted in Lincolnshire’, the first book to be published by the Society with grant support from the Lincolnshire Community Foundation and the Lincoln Record Society, beautifully produced by local Horncastle printer Cupit Print, will succeed in raising the profile of a man who was, as Queen’s Champion, Lt Colonel John Dymoke writes in the foreword, ‘a truly great product of Lincolnshire’. More than adventurous exploration, and the expansion of botany, agriculture and horticulture as a result of his far-ranging expeditions, Sir Joseph Banks played a significant, influential role in eighteenth-century society, as President of the Royal Society for over forty years, a founding member of what became the Royal Horticultural Society, and a Privy Councillor. A copious correspondent, he was much admired for his estate improvement, involvement in fen drainage and the Witham Navigation, besides caring diligently for his many tenants and friends. His legacy continues to impact not just on the distant sunshine continent where he is considered the ‘Father of Australia’ but, as politician Robert Hobart, fourth Earl of Buckinghamshire wrote to Banks in 1793, ‘wide as the world is, you are to be found in every corner of it.’

Jean found local artists who were just as inspired by Banks. Their charming watercolour illustrations and line drawings, a real feature of this refreshing book, include Rosa Banksiae lutea, the delicate double yellow rose named after his wife Lady Dorothea Banks, and one of the many plants he introduced to Europe and that now bear his name, Banksia integrifolia. My favourite is the fen birds, heron and kingfisher. The reader is easily drawn to follow Banks’s footsteps, via ten ‘Joseph Banks Country Trails’ from Revesby through forest to Horncastle; from Spilsby through the northern fens to Boston, linking in with notable explorers Sir John Franklin, Matthew Flinders at Donnington and George Bass at Aswarby, before surveying Sleaford and, lastly, Lincoln city. Jean’s straightforward writing, charming details together with simple, yet accurate maps will encourage many to venture out. Here’s a tool to touch the past, something to do as the longed-for summer holiday stretches out; explore on foot or by bike, and discover more about these significant men through observing their neighbourhoods.

The gates to Revesby estate, erected in 1848, probably as a memorial to the great man, by the Stanhopes, the next generation of the Banks family, were perhaps subscribed to by his many grateful and admiring tenants. They bear gold-imbossed initials JB, coincidentally the same initials as our author. Undoubtedly her trailblazing book will kindle interest, not just in the locality but much further afield, and will attract more visitors to the county’s charming, rural corners with connections to Banks. Talking of Kindle, in time to come ‘Rooted in Lincolnshire’ would make an informative e-book, (or even an app for iPhones), for visitors to download while scouring the landscape, a guide to hidden, quiet delights that he would have explored as a child, known and loved as a man, sights that touched the paper to his curiosity and led him to seek landscapes, flora and fauna across the seas – another Bobby Shafto!

‘Rooted in Lincolnshire’ is on sale, at the Sir Joseph Banks Centre, Bridge Street, Horncastle. See also the society website www.joseph-banks.org.uk to order (£14.95 plus £3.00 postage and packaging).