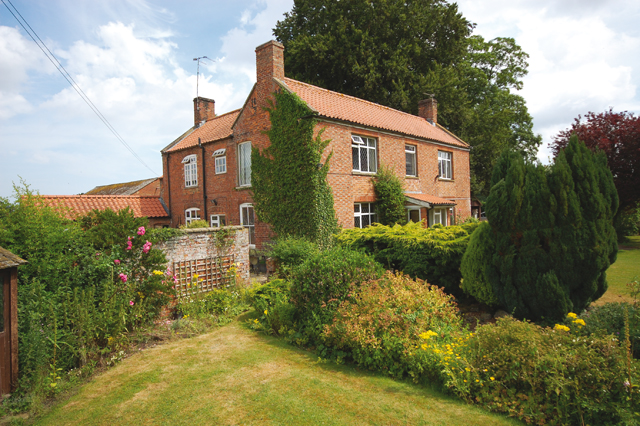 Unique opportunity to buy a home and business

Situated in the heart of the Lincolnshire Wolds between the market towns of Alford and Louth, Belleau Bridge Trout Farm is the county’s largest fish farm.
Established in 1975 by the Harrop family, the farm supplies live fish for restocking reservoirs, waterways and rivers for anglers, whilst the Belleau Smokery provides smoked fish for farm shops, hotels and restaurants and brings its products to the public at shows and farmers’ markets. The business also has an online shop selling a variety of smoked and fresh products.

Now the 41.16 acre farm, complete with extensive outbuildings, coarse fishing lakes, woodland, rearing ponds, a private nature reserve and a substantial five-bedroom house, has been placed on the market as a going concern.

Ginny Harrop, who runs the farm with her husband Simon, said: “Simon has worked on the farm all his life but he now feels it is the right time for a change. We are looking to pastures new and are both excited about the future.”

Three generations of the Harrop family have worked the land at Belleau since the 1960s, when John Harrop bought an arable farm there where he bred and showed Lincoln Reds. His son, Adrian began the fish farm as a hobby in 1975 when he set up the Belleau Bridge Trout Farm.

Growing up, Adrian’s son Simon developed a passion for fish farming from an early age and was keen to follow in his father’s footsteps and work in the family business.

Ginny said: “As a child, Simon was always jumping at any opportunity to be out and about with his father on the farm. He loved going out on the tractor, feeding the fish and going on fishing trips with his father. It never felt like work to him and even now his passion is salmon fishing.”

When Simon married Ginny in 1997, the couple took over the farm and swapped houses with Adrian – he moved into their house at nearby South Thoresby and Simon and Ginny moved into the farmhouse. It was ideal as it enabled Simon to be closer to his work and the house was large enough to accommodate their growing family – their son Tom is now aged fourteen and daughter Emma is twelve. It was also convenient for Adrian, who runs the commercial South Thoresby and Belleau Shoot from the farm.

Believed to date back to at least the early 1800s and possibly of eighteenth century origins, the farmhouse has an appealing traditional and balanced façade and faces south-west with gardens stretching out before it. It is described as having ‘the comfortable and welcoming character which can sometimes develop over many years in an old character property’ and retains many original features including old four and six-panel ledge doors, beams, fireplaces and alcoves.

An entrance porch leads through into the hall and there is a drawing room, sitting room, kitchen, dining room, study/playroom, rear lobby, cloakroom, WC and utility room on the ground floor.

The kitchen is certainly the heart of the home, having been designed by Peter Jackson, and includes hand-crafted units, granite work surfaces, a four-oven oil-fired Aga set into an arched chimney recess, pine floors, a window seat and a wide archway leading to the dining room.

On the first floor, a landing room with sloping ceiling is currently used as a family music room but could make an ideal sitting area or study corner. There are four bedrooms, the master bedroom having an en-suite bathroom, a separate family bathroom and a fifth bedroom which is currently used as a dressing room.

There are lovely views from the principal rooms across the mature gardens towards many established trees, shrubs, bushes and flower beds around the front and side of the grounds.

Ginny said: “When we moved into the house it was liveable but tired with lots of 1950s fireplaces and a galley kitchen.

“Over the last fifteen years we have gradually made quite considerable changes to restore some parts of the original house and modernise others. It was a labour of love because we felt the house would be ours forever.

“It has taken all the time we have lived here to complete the work and I’m really excited to be having Christmas in a house which is now finished.”

The farm business goes from strength to strength, supplying live fish in oxygenated tanks to restock lakes, known as the ‘restocking market’.

Ginny said: “The farm is very well known for restocking and well reputed. As we are on spring water, the fish live in as near as natural surroundings as you can find so we produce good fighting fish. It gives us a good edge over the competition.”

The trout farm is fed from the pristine spring-fed waters of the Great Eau chalk stream. The process begins at the Hatchery at Belleau where a spring-fed gravity water system, starting with a natural mineral spring pond, filters the water directly into troughs holding the trout eggs. Once the eggs are hatched, they are moved progressively into larger spring-fed tanks and raceways.

With a background in marketing and PR, Ginny was working for a property developer in Spalding but in 2008, she left the company to help Simon establish the Belleau Smokery.

Ginny, who had bought Simon a ‘tiny’ smokery for his 40th birthday, said: “We decided to diversify the business because Simon had always dreamed of having a smokery running alongside the farm business.

“We went to Grimsby docks where we have some friends and they allowed us to watch them fillet the fish. We’d never had to kill our fish before and that was a bit upsetting for Simon at first.

“Then some friends who have a smokery in Somerset let me stay with them for a week and work in the fish processing room. I learnt to salt, cure and smoke the fish.”

With a catering degree, Ginny had a good understanding of food hygiene and health standards and the couple found advice from East Lindsey District Council invaluable as well.

“We started small with a smoker for thirty to forty fish,” said Ginny. “But we expanded quite quickly to a 200 fish, purpose-built smoker. We also set up a processing room for cold fish and began to supply fish wholesalers at Grimsby Docks which has become quite a significant part of the business.”

The couple attended lots of events, farmers’ markets and shows to promote brand awareness of the smokery business and now supply a large number of hotels and restaurants and sell their products by mail order, online through www.smokedtrout.co.uk

For the last eighteen months, the couple have been thinking about moving on and in September this year they put the fish farm and house on the market.

Ginny said: “The property lends itself readily to continue as a fish farm but would also appeal to someone looking to develop a leisure business. There are some great locations for log cabins for fishermen, walkers, cyclists or holidaymakers as the coast is only fifteen minutes away and there are some popular cycle circuits and walks in this area.”

In preparation for their move, Ginny has been developing a successful new business with Forever Living, a health and well-being business which focuses on sports nutrition and Aloe Vera and Bee Hive products.

Once the business is sold, the couple are planning to move into Louth as both their children are still at school locally.

“It will be a wrench to leave the farm but I believe as one door closes another one opens,” Ginny said. “It will mean big changes for Simon who has never lived out of the county but he is ready for a change.

“Simon is looking forward to new ventures and will remain within fishing and agriculture. We will be staying close to Louth for the next couple of years but the world is our oyster and my Forever business means we can live anywhere in the world. I’ve always had a fancy for Canada, so who knows?”

• Belleau Bridge Trout Farm is on the market with Masons Rural and Equestrian for offers over £1.25 million. For more information phone the estate agents on (01507) 350500.