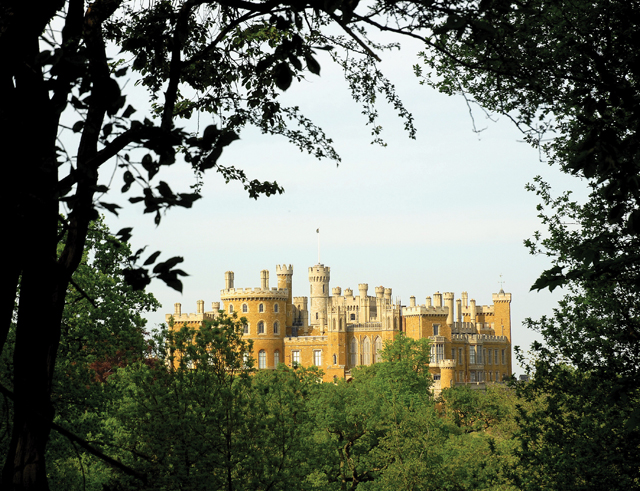 Steffie Shields reveals more Capability Brown connections to Lincolnshire.
I have a rather guilty conscience, mentioning a hero of mine far too much lately. Then again, with more to Lancelot ‘Capability’ Brown than meets the eye, this is his Tercentenary year. Move over William Shakespeare! A celebrity polymath and legend in his own lifetime, with charm and wit in spades, Brown was very popular with the ladies. The Royal Master Gardener and Surveyor changed their lives considerably. He was not too proud to organise ‘country comfort and convenience’, namely water closets, laundries and dairies. His enhancements also gave women much greater freedom, taking tea out of doors, and wider fun-filled forays to take in park views.

By all accounts, Brown was a modest man, who saw it as his job to turn every estate into a ‘respectful place’. He would be surprised to be both remembered and celebrated with a Festival neatly coinciding with the ‘Year of The English Garden’. Although ambitious and driven, he was also very relaxed. Everyone who sees his work questions how he did it and why he did it? A ‘canny’ businessman, to use a northern word, Brown knew how to network in the highest salons of society just as much as amongst foremen, plumbers, carpenters, masons and agricultural labourers.

If he was taken on at Stowe in Buckinghamshire, then how did he meet and marry a Lincolnshire lass? His wife was Bridget Wayet, born in 1719 and raised in Boston, then thriving as the second biggest port outside London. Her father, a respected apothecary became Mayor of Boston, as did her brother John. In 1738 an Act of Parliament likely prompted Brown to leave Kirkharle, his native hamlet in rural Northumberland. This called for engineers in Lincolnshire for deepening and straightening navigable rivers for shipping and for further fen drainage. The following year he headed south perhaps by sea to land in Boston. Perhaps he carried letters of recommendation from Sir William Loraine MP, his first patron and employer at Kirkharle.

Loraine’s wife Anne was daughter of Richard Smith of Enderby, near Leicester, but an even closer tie kept his interest in this county’s affairs. His mother was Elizabeth Vyner. Loraine may have sent Brown down to his Lincolnshire cousin, Sir Robert Vyner, with estates at Gautby and Tupholme, and also to another fellow MP, Joseph Banks II at Revesby. Brown was a lifelong friend of the Banks family, according to a later letter from his eldest son Lancelot to Sir Joseph Banks. Bridget’s family used to rent a house for the summer at Tumby on the Revesby estate. I suspect this is where Brown met the love of his life.

Brown may have accepted land in Lincolnshire in lieu of cash payment for journeyman project work and advice, the most significant being at Grimsthorpe Castle where Banks II was agent to the Duke of Ancaster. His will included land and property in the county, to the value of £2,500 (over £360,000) I believe in Fishtoft, Osbournby and Donington, together with £3,500 (£½ million today) bequeathed to his second son, John Brown (1751-1808) christened at Stowe. Although Capability loved and was fair to all his five children, John was the favourite.

A common name like John Brown is hard to track. After leaving school, John and his younger brother Thomas may have rented the rectory at Potterhanworth. He may have worked for a time at Long Bennington. Since his father worked for the Heron brothers at Chilham Castle in Kent, who also owned the Stubton estate, that raises another possible connection. However, a roving spirit, John finally decided against following in his father’s footsteps in his London-based practice. He joined His Majesty’s Navy, was commissioned in 1772 and was involved in several dangerous skirmishes, including on Nautilus at Boston during the American War of Independence. His father and mother, who naturally worried constantly, were surely proud when John became a Captain 1779.

After his death in 1783, John married Mary Linton of Freiston Priory, near Boston, and later rose to the rank of Admiral. Mary’s father, John Linton, married Isabella Trollope of Casewick. This Trollope connection by marriage poses more questions than it provides answers. Little more than a stone’s throw from Burghley, where Capability was involved for over twenty-five years, Casewick Hall has a small, beautifully designed park with sweeping drive, and obligatory ha-ha allowing views of the surrounding pastures and groves. So who was responsible for this ‘natural’ landscape? I discovered a crescent-shaped plantation on a Victorian geological survey annotated: ‘Brown’s Oaks’. Could this have been the Mr Brown or a memorial in his memory?

Sadly, Brown’s colourful, flowering pleasure ground trees, shrubs, roses and yes, flowers, have long since vanished and have been erased from our memories. Brown is known to have worked for Sir Francis Dashwood, but where? Consider the Dashwood connection to the beautiful Well Vale setting. The lake engineering and some of the remnants of considered 18th century planting could be taken for Brown’s. Take a public path stroll through Well Vale, this month and you may spot double daffodils, Telamonius plenus, once popular in the eighteenth century, in amongst the spring bulbs under the trees. Brown planted them at Stowe amongst other places. These attractive bulbs are still found at Norton Place, where Thomas White, one of Brown’s top contractors, provided the planting plan and layout. The charming pleasure grounds, and views to the lake and three-arch bridge, with oblique approach leading to the roads, have all the hallmarks of his famous boss.

One revealing story comes from Marchioness de Grey’s daughter, Amabel, at Wrest Park rather upset by Brown’s sudden, unannounced arrival. She wrote to her mother: ‘Now I must request you to inform Mama that a great Man has paid us a visit, which Visit (as happens sometimes with great men) has ended in very little. You will guess that I mean the illustrious Mr Brown, who walk’d unexpectedly into the Garden on Tuesday Morning …He did not pay much Attention, or open any Scheme relative to the middle of the Garden. He saw that the water might appear to come from one Wood & flow into the other, but he did not know that a winding Water through a strait Avenue might not look inconsistent, & if the Avenue was destroy’d, & part of the Wood clear’d away it might unravel part of the Mystery of the Garden.’

Capability Brown, more than any other designer, appreciated that every great garden should have ‘sense of place’ and that also included an extra frisson of ‘mystery’ to engage the imagination and the soul.
Did you hear recently that an Oxford Professor has won a great financial prize for solving a 300-year-old mathematics problem? No such prizes for solving questions of garden history! Perhaps time to call it a day, I should stop trying to unravel remaining mysteries about Brown’s extraordinary life and works, and other possible connections in Lincolnshire with Brownian touches – Holywell, Oxcombe, Stubton, Well Vale, Saxby church… unless of course you know something I don’t!