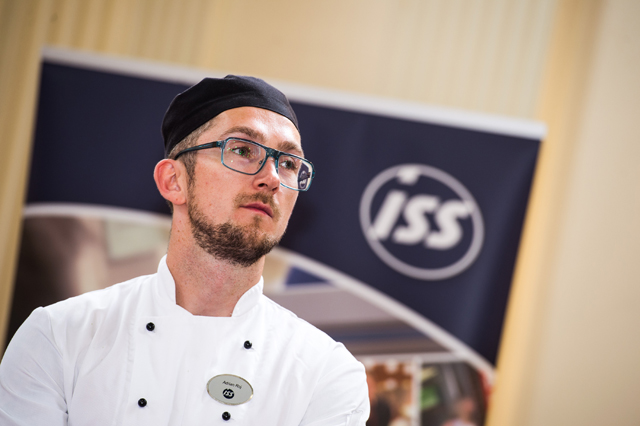 Adrian, originally from Poland, joined the ISS Defence team in 2012 as a kitchen porter at RAF Cranwell. After a short while, Adrian began training as a chef and passed his NVQ’s to become fully qualified. He is a very skilled, self-taught chef who is certainly one of the key members of the ISS culinary team within the College Hall kitchens at RAF Cranwell.

Adrian, who is married and lives in the village with his wife and two daughters, is very much looking forward to showcasing his culinary skills at this year’s Lincolnshire Life, Chef of the Year competition. However, Adrian certainly won’t be alone in the kitchen, as a team of ISS and RAF chefs and stewards will be on hand to help him prepare his dishes ready for the judges.

ISS are the contractors at numerous RAF stations and Army barracks across the UK, providing all catering, retail and leisure facilities at each station. This includes chefs, clerks and stewards in the Officers’, Sergeants and Junior Ranks kitchens, retail and bar staff in the various SPAR shops, Starbucks and Costa Coffee facilities on site, as well as cleaning staff and general catering administration. The ISS Defence team are proud to be working alongside the military, serving all personnel, friends and families at each site.