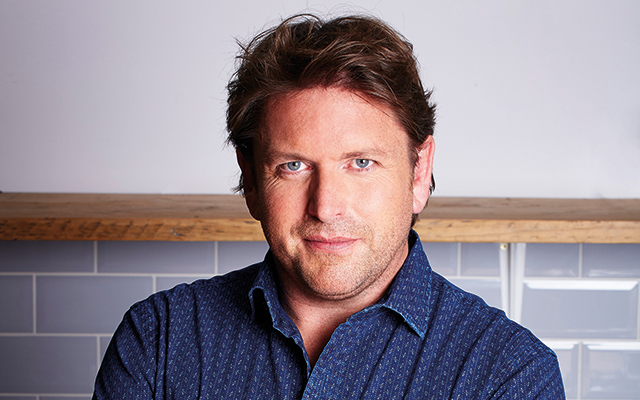 Award-winning chef, author and television presenter James Martin will add culinary character and a sense of adventure to The Game Fair’s diamond anniversary after being announced as this year’s celebrity chef.
The ITV star will be the face of The James Martin Game Fayre Restaurant when the festival of the great British countryside comes to the familiar surroundings of Ragley Hall in Warwickshire for its 60th anniversary year from Friday 27th July to Sunday 29th July.

Located at the heart of The Game Fair near the main arena, the 300-cover restaurant will be a relaxed deli-style experience with a menu created by James which will exploit the distinct and delicious ingredients of the British countryside. James will be there, mingling with diners and sharing his passion for the great outdoors.

Sure to be a major attraction, the star of ITV’s Saturday Morning with James Martin series will also be on hand to talk about his other exciting projects. His new TV series, James Martin’s American Adventure follows on the back of the hugely successful James Martin’s French Adventure series. Both of them have also produced a book.

Brought up on a farm, the 45-year-old Yorkshireman is currently training his own working dog and loves the British countryside, making him a perfect fit for The Game Fair. He was runner-up in a recent poll held by Fieldsports magazine to find their readers’ favourite game chef and also serves game at his two restaurants.

He said: “It is a great privilege to be appearing as the celebrity chef at such a prestigious countryside event as The Game Fair. I love the British countryside, a source of so many natural flavours which inspire creativity in the kitchen. I look forward to creating this year’s menu.”

James Gower, managing director of The Game Fair, added: “We are delighted to have secured James Martin as our celebrity chef for our diamond anniversary year. James is a huge name and is sure to be a massive draw, particularly given his enthusiasm for the British countryside and its produce.”