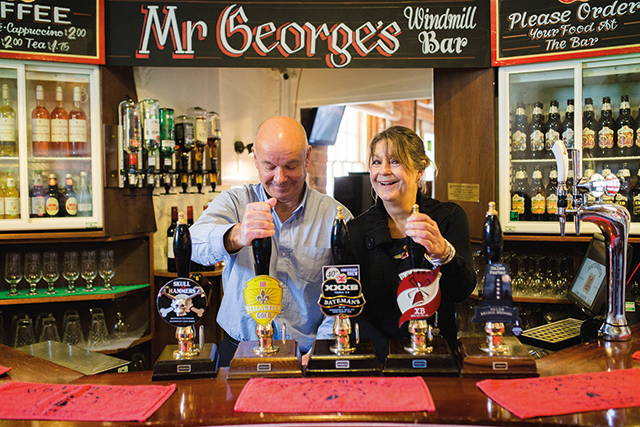 Batemans – A brewery run by brewers, not accountants!

The Bateman family has been brewing beer in Wainfleet, Lincolnshire for over 140 years, that’s why they lay claim to being ‘Craft Brewers Since 1874’ the year when the founder George Bateman, previously a farmer, decided to stop growing barley, but use it for brewing his Good

Honest Ales. He was joined by his son Harry at the beginning of the 20th century, who started to buy pubs and also developed the wine merchant side of the business, JE Ridlington, which he purchased and started to develop in 1918, so this year is the centenary of ‘Ridlingtons’.

Harry was then followed by his son George, who developed the pub estate further.

The Brewery continues to prosper, not only with its own award-winning craft ales (no brewer has won more top awards), and as a wholesaler of other brewers beers and lagers, but also as the most prestigious and experienced wine merchant in the area.

Why is family and independence so important? Well it means that shareholders aren’t just interested in short-term profits, they are interested in the long term wellbeing of the Brewery, staff and customers.