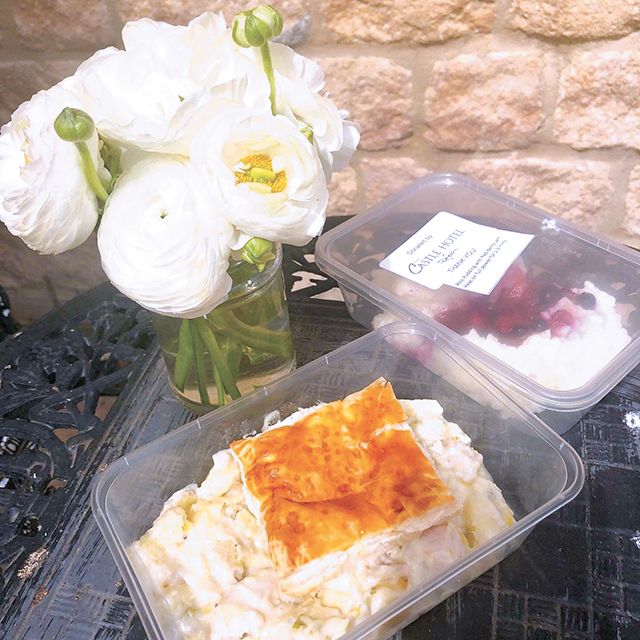 One business’s response to the pandemic

Paul Catlow of The Castle Hotel, Lincoln tells the story of how he, his partner Saera and their team responded to lockdown.

After lockdown our commercial kitchen for both the hotel and restaurant remained closed and unused, so I took the decision to try and utilise what we had and our supply chain to help support NHS workers at a very difficult time.

Having spoken to numerous people and the NHS we established there was a definite need to help the catering departments with additional meals for staff who were often working long and changing shift patterns and provide them with an additional choice. Our initiative was to provide free, nutritious balanced meals to NHS staff to either eat on site or to take home after a long shift and this was done three times per week (Monday, Wednesday and Friday).

Initially this was funded wholly and personally by myself and my partner Saera and in addition we set a crowdfunding page up which effectively matched our own donation enabling us to continue the service even further. We also reached out to other local businesses, organisations and suppliers for additional support.

Our menus changed for each delivery and were designed by my head chef Simon Hibberd. Our team of volunteers then cooked the meals and every delivery was made by myself for over 10 weeks. Our drop-off points included Lincoln County Hospital, for staff in A&E, ICU and the wider hospital staff, the community nurse support team on the Ermine, individual NHS staff working from home and also some vulnerable people in the community. In total we delivered over 5,000 meals over this period.

The initiative was picked up by the BBC who sent a camera crew and reporter to follow me from the hotel packing up, to the numerous drop-off points. I received a very emotional and humbling clap from the staff of the community nurse support team, which was filmed and aired some days later. Although I was providing food they were going to greater lengths than I was.

I would like to send a huge ‘Thank You’ to those suppliers who provided us with free produce, even though some were not actually our suppliers but offered donations to enable us to extend the initiative even further.

The people I would like to thank are:
• All those who donated to the crowdfunding page – no matter if it was a small donation or large, it all added up
• Moy Park, who supplied over 240kg of chicken
• Bomber County Produce, who supplied fresh asparagus and leeks
• Cote Hill Cheese, who supplied amazing award-winning cheeses
• Branston Potatoes
• Morrisons, who supplied a number of dried goods and milk
• Costa Coffee, who donated a significant volume of shortbread biscuits
• Iceland frozen foods, who donated a large freezer
• The Prince’s Responsible Business Network and voluntary centre services, who helped coordinate donations
• The Co-op, who supplied boxes for our deliveries
• Lincolnshire Life for providing labelling
• Volunteers who prepared and packed over 200 meals per delivery

Most of all I would like to thank the NHS for all their hard work and commitment in what was clearly a very difficult period. If we could provide even a small level of support it was all worth it.