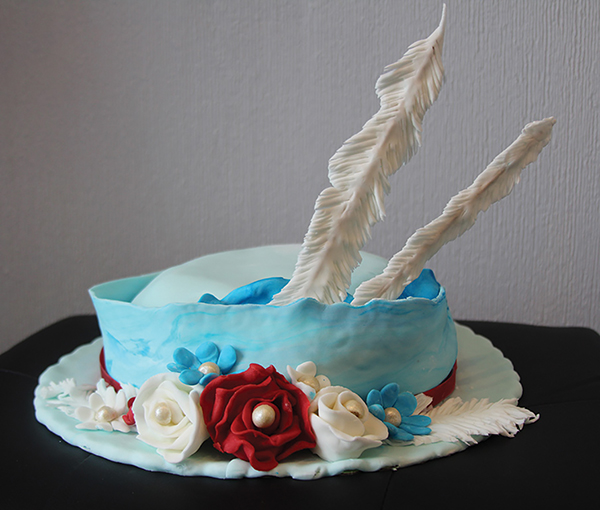 We reveal the three special winning reader recipes from our Platinum Pudding competition.

Since the launch of our special Platinum Pudding competition in April, readers throughout the county have enjoyed getting busy in the kitchen creating their own version of special sweet treats to mark an impressive milestone for Her Majesty The Queen, as she celebrates her Platinum Jubilee this month.

The Lincolnshire Life panel of judges were looking to find winning recipes from local bakers who could create an easy dessert or special sweet treat prepared from readily available ingredients using standard kitchen equipment and made with passion and pride.

The proof of the pudding was to be in the eating, but in addition to taste, we were also aware that the winning recipe should be ideal for serving to the Queen too – so also needed to look the part.

Lincolnshire Life editor Caroline Bingham was then challenged to recreate the recipes from the three selected finalists at home and spent a busy Sunday in her kitchen weighing, mixing, baking and decorating the royal themed trio before photographing the results.

“We were delighted by the standard of entries we received and while the three recipes we chose covered a wide spectrum, they all shared the same ideal: to create a unique pudding for this special occasion,” says Caroline.

“We were looking for a winning dish which was easy enough to recreate at home, which not only looked appealing but tasted great too – and of course also celebrated all the elements of the Queen’s service over the years with the Jubilee in mind.

“Our winner, Elizabeth Lewis’s The Queen’s Hat, would easily adapt as a birthday or special celebration cake.

“I was a bit nervous about making it at first, because I hadn’t tackled an angel cake recipe before, but was pleasantly surprised by how easy Elizabeth’s recipe was to follow. What made it extra special was using your own personal favourite flavoured fruit gin, which just gave it that extra lift in terms of flavour.

“We were impressed by our runners-up too. Their recipes were both very different but we felt that they both shared an appreciation for special occasions.

“Rosanna Benn’s Crown Pudding features that classic combination of raspberries and chocolate which go so well together, while Sue Gray’s Rich Sticky Ginger Cake is a beautiful and nostalgic family recipe which reminds me very much of my own grandmother. She was a cook and always made us something special and indulgent to enjoy for tea on a Sunday.

“This is a soft, light and comforting cake packed with flavour and I would definitely make this again for our family!”

Winner: THE QUEEN’S HAT
By Elizabeth Lewis
“This recipe dates back to the 1930s and was my Nan’s special occasion cake, which she called her ‘silver cake’ because of its white sponge colour.

“The design is called The Queen’s Hat, because the Queen has to wear many hats – as the Queen, mother, grandmother, head of the royal family etc.

“The cake is similar to an angel cake with layers of strawberry and blueberry jam, and also gin (said to be the Queen’s favourite!) infused buttercream, then covered all over with buttercream and topped with fondant icing.

“The cake is made in a Bundt tin, so it has a hole in the middle that is filled with fresh blueberries and strawberries as a surprise in the middle when you cut the cake.”

METHOD:
• Sift together 115g plain flour and ¼ tsp salt in a bowl and set aside. In another bowl whisk 12 large egg whites until frothy, then add 1 tsp cream of tartar.
• Once the egg whites have soft peaks, gradually add in 280g caster sugar, a tablespoon at a time, until you have stiff, glossy peaks. Now add 1 tsp vanilla extract and the juice of 1 lemon and whisk again for 30 seconds.
• Transfer the meringue to a large bowl.
• Sift the flour and salt mix, add a third at a time into the meringue and fold in carefully.
• Do this quickly to avoid the mixture deflating.
• Once the flour is mixed in, spoon into an ungreased, angel Bundt cake tin.
• Smooth the mixture around the tin. Use a knife to release any large air pockets by cutting into the cake batter.
• Put in the oven and bake for 35 minutes or until browned and springs back when pressed.
• Leave to cool for 1 hour. Once set, run a knife around the edges of the tin to gently release the cake.
• When cool, slice through the cake creating two layers. Spread blueberry jam on one cut layer and strawberry jam on the other, then set aside.

METHOD (Buttercream):
• Beat the butter in a large bowl until soft. Add half the icing sugar and beat until smooth.
• Add the remaining icing sugar and six tablespoons of the gin (alternatively milk) and beat the mixture until creamy and smooth.
• Spread the buttercream between the cake layers and sandwich the cake back together. Place on the cake board, fill the centre with the blueberries and strawberries then buttercream the entire cake.
• Colour three quarters of the fondant blue before rolling the fondant out into a large circle and laying over the cake covering it and the board.
• Smooth sides till flat on cake base and smooth around cake sides till flat and smooth, trim excess. Cut the remaining fondant in two – colour one half red. Make roses by rolling fondant into small half-circles rolling first to make a bud and the next to make petals.
• Place ribbon around hat before placing roses on the rim. Take two kebab wooden skewers and cover with white fondant icing. Using a knife, cut feather edges before inserting the ‘feathers’ into the top of the cake.

METHOD (Custard):
• Blend cocoa with a little of the milk until a smooth paste.
• Blend 10g cornflour the same way.
• In a double saucepan fill the bottom pan half full with water.
• In the top half put the milk, egg yolks, sugar, blended cocoa and cornflour.
• Stir over a medium heat until custard coats back of the wooden spoon.
• Set aside to cool.

METHOD (Meringue):
• Preheat oven to 100°C.
• Whisk egg whites and cornflour until stiff peaks form.
• Beat in half of the sugar for about 30 seconds, then fold in the other half using a metal tablespoon.

TO ASSEMBLE:
• Place 1 raspberry in the bottom of each sundae glass plus 1 tsp cocoa nibs, then pour in the chocolate custard.
• Place 9 raspberries on top of each, grate zest over them, then dribble over 1 tsp juice.
• Pipe meringue in peaks.
• Put dishes on baking sheet and place on low shelf of oven for about 1 hour or until meringue is crisp.
• When cold, decorate with chocolate crowns.

Runner-up: RICH STICKY GINGER CAKE
By Sue Gray
“This recipe has been made and enjoyed by at least four generations of my family. I hope you enjoy it too.”

METHOD:
• Grease and line a large 10in square or hexagonal cake tin. Preheat the oven to gas mark 2/150°C.
• In a large pan (pasta type pan) melt the treacle, butter and sugar over a low heat until the sugar is dissolved. Stir well, cool slightly, add eggs drop by drop, beating well between each addition.
• Sift flour and spices into mix, then mix well to ensure no lumps or unmixed flour
• Warm milk to blood heat (approx 45 secs in a microwave). Mix in bicarbonate of soda. Add to mixture in a pan, stir well using a balloon whisk, beat well. The mixture should increase in volume.
• Add the chopped ginger and stir again before pouring into the prepared tin.
• Cook for 1 ½ hours approx (check after an hour) – the cake is done when firm on top and an inserted skewer comes out clean
• Leave to cool in the tin
• When cool, mix enough ginger syrup into the icing sugar to make a stiff icing. Spread over the cake and sprinkle with more chopped ginger.
• Serve warmed or cold with cream, crème fraîche, Greek yoghurt, custard or ice cream
• This cake keeps for a few days in an airtight container and freezes well.