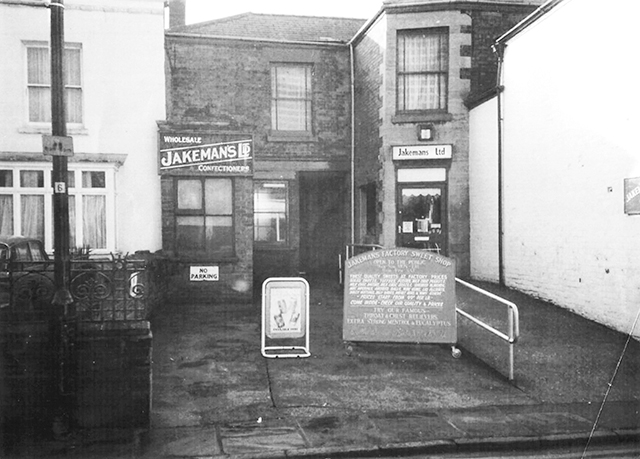 Soothing sweets which people savour at home and abroad

It may have come from humble beginnings, but that hasn’t stopped Jakemans, of Boston, growing to become the nation’s second largest menthol confectionery brand.
Famed for its range of sweets including Throat & Chest, Honey & Lemon and Menthol & Eucalyptus, Jakemans has grown from a small shop to a global export business, all while retaining its ethos of being a family run, friendly place to work.

Now in its 110th year the business is set to expand further, thanks to more investment from LanesHealth, which acquired it back in 2007. It has secured an additional seven acres of land on which to expand its Sutterton factory to help meet the growing demand of its export business.

As well as its own subsidiary in the US, Jakemans exports to Eire, countries in the Middle East including Kuwait, Qatar, Bahrain and Jordan plus the Netherlands and Germany.

David Cole, managing director of Jakemans and LanesHealth, says the additional parcel of land will help future-proof Jakemans, cementing the business in Lincolnshire, to be a best-in-class British manufacturer for many years to come.

“As a family owned and run business, we are passionate about providing secure and new employment opportunities to people in Lincolnshire, and growing the Boston-based manufacturing plant through investment,” he said.

“We have recently purchased an additional seven acres of land next to our existing site to expand the business, so this award marks an exciting time in our growth plans.

“We have big ambitions for the future and our success in new markets is something that we are extremely proud of.”

Little is known about Jakemans’ earliest days other than a basic overview. Brand manager Liz Hughes-Gapper said it was founded in a small shop in Red Lion Street in 1907, when each individual sweet was pressed and wrapped by hand.

Through the 1920s the company changed hands several times after its founders retired to Woodhall Spa. In 1928 it was taken over by the Rapsons who moved the business to Wormgate, and after them came William White and his sons Herbert and Francis.

In 1967 they were joined by confectionery buyer Stan Greensmith, who took over the business himself in 1990, along with his son Stephen, and later son-in-law Gerrard Lovell.

Jakemans moved to its current site on the Sutterton Enterprise Park in 2000 and by 2006 was employing twenty-one people, who produced sixteen tonnes of sweets by hand every week.

Then in 2007 the company was bought by LanesHealth, itself a long-standing family business founded by Gilbert Lane back in 1930. He was interested in all aspects of health and nutrition and developed a wide range of effective remedies to treat many common ailments. LanesHealth remains a family owned business to this day, manufacturing and supplying a range of over the counter medicines sold around the globe.

“Back in the earlier days, Jakemans used to make a number of general confectionery sweets, but menthol was always part of the portfolio,” adds Liz.

“When the LanesHealth acquisition happened the focus moved to the menthol based sweets and since then there’s been a growing demand for the brand.

“People turn to menthol sweets to soothe a sore throat and to ease congestion and they’re a key product within the UK market.

“We’ve invested over £5 million to make the production process smoother by automating it and to keep the business here in Lincolnshire, that’s very important to us.”

Since 2010 the company has more than doubled its staff base to fifty-five, and the following year it began exporting to the US, securing listings in forty states.

More recently in 2014 further new world-class technology was added, enabling the company to produce stick packs of sweets alongside its popular 100g bags.

All of Jakemans lozenges are made with the finest ingredients and contain no artificial colours or flavours. They are also suitable for vegetarians.

Jakemans sweets come in a variety of flavours including Throat & Chest, Honey & Lemon, Peppermint, Blueberry, Cherry, Menthol & Eucalyptus and Blackcurrant, and are available from major supermarkets, pharmacies and convenience stores across the UK.

Liz adds that in line with its family ethos, Jakemans prides itself on its links with the community and is keen to help wherever it can. The company began sponsoring Boston United Football Club in 2008 and also supports a number of other local charities and sports clubs, provides samples and goodie bags for running events while employees also fundraise for a variety of causes close to their own hearts.

Last year the company was delighted its business success was recognised by the Made in Lincolnshire awards team, when it scooped the award for ‘Sold Nationwide’.

With exciting plans in the pipeline to expand its factory, there’s one thing for sure – the future of Jakemans in Lincolnshire certainly looks sweet.

Visit www.jakemans.com/home.ashx to find out more about Jakemans, its products and where they are available.