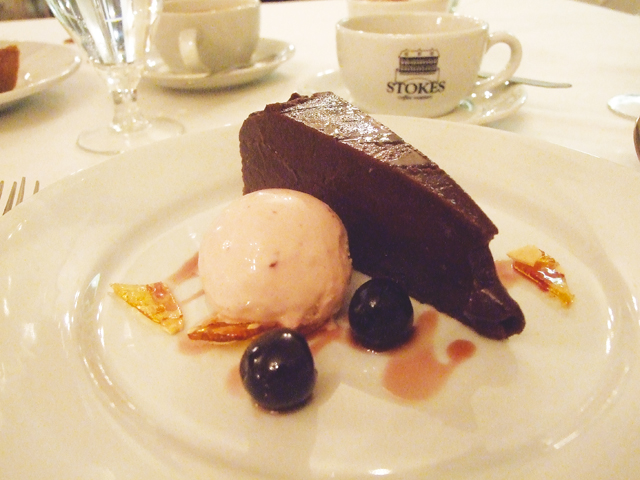 Reopening this heritage hotel in June, just a couple of months before the very popular Sandilands Tennis Week, meant Matthew Fletcher, the new owner, and his team had to gear up very promptly.

“The hotel, its tennis courts and the Sandilands Golf Club are at the heart of the community and the closure of the hotel in January 2014 put these long-standing events and attractions at risk,” Matthew explained.

“It has been wonderful that we have received such good will and support from the village to get the hotel and golf course back on their feet.”

Sandilands is one of the county’s exceptional stretches of beach and the golf course, built on dry sandy subsoil and playable twelve months of the year, runs parallel.

The hotel is AA three-star, with twenty-three bedrooms, two well-sized function rooms, a roomy public bar and well- proportioned dining room which overlooks attractive gardens and the tennis courts. Matthew and his team have begun a programme of refurbishment and investment in the hotel which will roll out over the next year or so. Meanwhile, there is plenty of evidence of a brightened interior with new colour schemes and coastal themed artworks.

We visited on a Friday evening to sample the restaurant À la carte menu but this, the all-day bar menu and the daily specials can be enjoyed throughout the hotel. The new food offer is being driven by a young Australian chef, appropriately named Seamus Bacon and his partner, who are using plenty of local produce to serve freshly prepared menu favourites on the bar menu plus more internationally inspired dishes for the restaurant.

We chatted with Matthew over a drink in the bar, as it filled with those enjoying an early evening drink and families coming in for supper. The À la carte menu has a choice of four dishes per course plus the daily specials and we ordered before we moved through to the dining room.

To begin there was a choice of Soup of the Day or a goat’s cheese tart, served with beetroot dressing, shallots and candied walnuts, but I settled on the rabbit and pistachio terrine with pancetta and cornichons. My fellow diner opted for Grimsby smoked haddock mousse served with langoustine oil and crostini. There was plenty of flavour and texture in the meaty terrine, with a bite to the nuts, while the softly textured mousse was ideal with the crunch of the crostini. We both thoroughly enjoyed our first courses.

For our mains, I had the Fish of the Day which was Grimsby sea bass served with a Sicilian caponata of aubergine, peppers, celery, pinenuts, capers and currents flavoured with red wine vinegar and basil. The caponata had a very delicate sweet and sour flavour which I loved with my perfectly cooked sea bass fillets.

Other choices were spatchcock alla diavola; a poussin marintated in chilli and garlic, with panzanella salad and salsa verde, or a summer risotto with broad beans, pea and mint with parmesan and green asparagus. My fellow diner opted for the fourth dish of rib-eye steak with potato and pancetta gratin and horseradish cream which was cooked just to her liking. We shared a side dish of green beans to accompany our meals.

For dessert I had a beautifully prepared tarte au citron served with vanilla mascarpone and a wild berry compote while my guest had a slice of wickedly rich chocolate torte with almond praline, Amarena cherries and dark cherry ice cream. We could also have chosen from a cheese plate, Amaretto crème brûlée or a selection of locally produced Farmer Brown’s ice cream.

I had a glass of chilled Craigmoor Chardonnay to accompany my fish and we finished our meal with coffee.

The Grange and Links under its new ownership has once again become a favourite for year-round golf breaks. The Sandilands Tennis Week can look forward to 2015, and weekend trips to the coast for a bracing walk followed by a traditional Sunday lunch, served with great flair, look very inviting.

Matthew summed up his new venture when he said: “This hotel holds such a special place in the heart of Sandilands and we are here to make sure that it continues.”