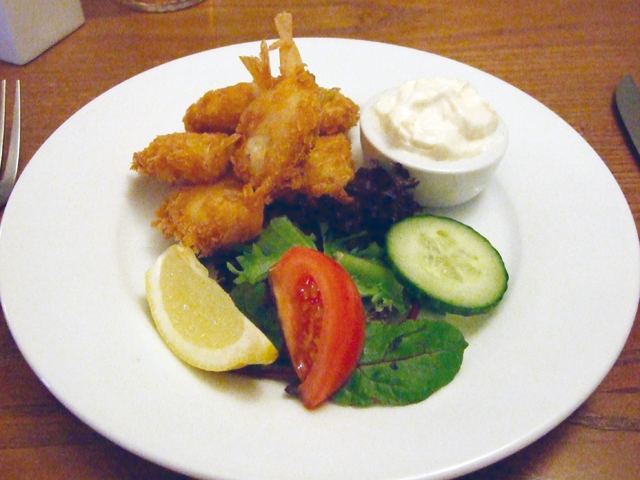 It has long been said that to enjoy fine food you need to be prepared to make a journey to get there, and Village Limits Country Pub in Woodhall Spa is one of these places.
Owners Sonia and Billy Gemmell, who bought the restaurant in 2006, have worked hard to create a name which sees patrons travelling from all four corners of the county and further afield. Since buying the restaurant it has gained many accolades, either winning or becoming runner-up in the annual Select Lincolnshire awards.

In addition to the warm and inviting bar and restaurant area, they have created a number of tastefully decorated guest rooms which have also won many awards.

My guest and I had excitedly looked through the menu on the restaurant’s new website before arriving; however, we were advised to have a look at the specials board before making our decisions.

When we arrived we were greeted by Billy, who had come to see us and welcome us to his restaurant and offer us drinks from the bar. We decided to wait in the bar area whilst we looked over the menus and specials board; the bar has a lovely, warm and friendly atmosphere. On the weekend we had chosen to visit they had a number of motorcyclists staying with them who were touring around the Lincolnshire countryside.

When we had made our choices the waitress took us to our table in the adjoining restaurant. The room was decorated in neutral tones and although it had a modern feel it was still warm and cosy. For my starter I had chosen tiger prawns in a fine crumb served with garlic mayonnaise. The prawns were cooked beautifully and were a very good size with plenty of meat on them. My guest opted for the Lincolnshire Poacher cheese rarebit served with red onion marmalade. I was told this was exquisite cooking so I had to try a bit for myself. The Lincolnshire Poacher cheese has a very distinctive flavour and this was accentuated in the cooking. Both the starters were served with warm, fresh bread.

For our main courses. I had chosen the baked salmon fillet in a mild paprika and seafood sauce. I have been taught how to see if salmon has been cooked perfectly – by pressing a fork into the top at an angle to check if the fillets of fish break away easily and in one piece – and when I tried it that is exactly what happened. The fish was cooked perfectly and the seafood sauce, which contained crayfish and paprika, was beautiful with a lovely, warm flavour. My guest chose from the specials board and had the rib-eye steak with a mustard and onion topping. As a bit of a foodie, my guest prefers his steak to be rare, and this is what he got. With our main courses we were served a bowl of twice-cooked, hand-cut chips and fresh seasonal vegetables which included mangetout, carrots and red cabbage. Red cabbage has long been my favourite vegetable and it was cooked perfectly. The whole main course had a sense of grown-up charm with modern twists on classic recipes.

After we had finished our mains our waitress offered us desserts from a selection on the board and although we were full from the two previous courses it was hard to resist the temptations of the homemade desserts in front of us. I chose the chocolate and Baileys cheesecake. Served with cream, the flavour was delicious. My guest opted for the ice-cream selection which comes from a Dennetts of Spilsby.

One of the best points about this restaurant is the relaxed feel. I would recommend it to family and friends and look forward to going back in the future and perhaps booking a room.