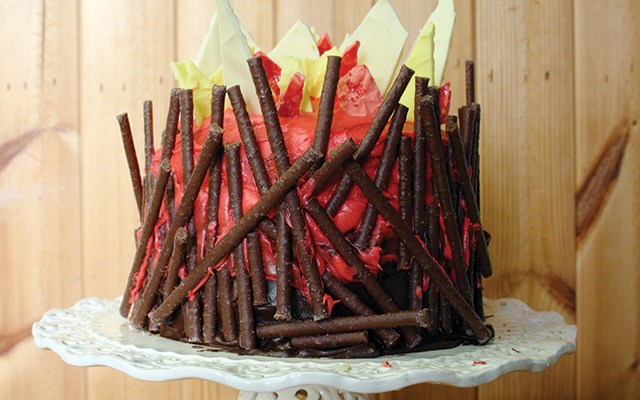 For the 5th of November sees us celebrate the night that Guy Fawkes attempted and failed to blow up the House of Lords. You hear a lot of grumbling about how Bonfire Night has been forsaken in favour of Halloween but in fact if you live outside of the major towns and suburbs, a great many people still celebrate it in style and have done since 1605. This year, we’re off to a local firework display taking place in the field of a friendly farmer who is currently building a giant bonfire that I’m convinced can be seen from space. I cannot wait for the fun to begin! I believe that these traditions are the kinds of things that are essential to keeping our national identity. They’re also great fun and give us a great excuse for some wonderful food and drink to be consumed on the night.

METHOD
Grease and line your baking tins and pre-heat the oven to 170C.

In a large bowl add the butter and sugar and beat well until light and fluffy – this will take roughly 4 minutes in a stand mixer.

Continue beating on a low speed and add two of the eggs followed by half the flour and continue to beat on low until combined, followed by the three remaining eggs and the rest of the flour. Beat gently until combined – you want a decent, thick batter with a dropping consistency of thick double cream.

Divine the batter into three even portions in three bowls. In bowl one add the cocoa powder and a few drops of the red food gel and beat together until combined – you’re looking for a nice burnt red colour. In bowl two add the red food gel only – go as shocking as you dare… and in bowl three go for a bright yellow colour. Remember to beat them all well so that all the colour is combined.

Divide the batter between the three cake tins and bake for 25-30 minutes or until the cakes are risen, golden and springy to touch – set aside to cool for 5 minutes in their tins and then remove from the tins and let them cool completely.

To make the buttercream, beat the butter until soft and light, then carefully add half the icing sugar and beat in, follow this with the remaining sugar, a little lemon zest and beat till you have a thick but spreadable consistency. Divide the buttercream in half and to one half beat in some red food colour and to the other half beat in the cocoa powder.

To build the cake, layer each cake with a generous slathering of jam followed by the next layer on top. Once all the layers are covered, simply smooth the chocolate icing on the lower half and then the red icing on the top and upper half – don’t worry if the colours bleed into each other, this will add to the effect. Next, stick on the Matchmakers at very random angles, break a few up – be nice and messy.

To make the chocolate bonfire shards, melt the chopped chocolate in a heatproof bowl over a pan of simmering water, making sure the water doesn’t touch the bottom of the bowl. Once melted, divide into three bowls and add the food colour to each amount and beat well in.

After 30 minutes, take the paper from the fridge and using a large sharp knife, cut it into shards – place these shards randomly onto the top of the cake to create the flames. 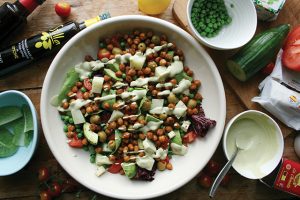 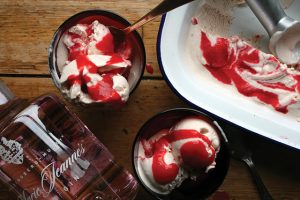