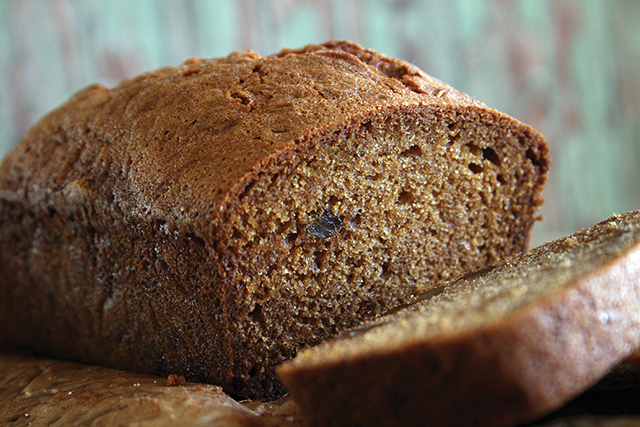 This month Dominic Franks shares a special family recipe, following a surprise email from his mother.

This cake is quite literally a celebration of the mothers in my family. Originally called ‘Grandma Jennie’s Ginger Cake’ and now known as ‘Mum’s Ginger Cake’, it’s one of those hand-me-down recipes that is just wonderfully simple but utterly delicious.

As it happens, Mum dropped me an email with the recipe out of the blue. I didn’t ask for it. It was never discussed. It just popped up in my inbox last week. I love my Mum for this, it’s almost as if we’ve had entire conversations in her head and she’s simply responding with this email as though I had clearly asked her for it.

This recipe feels very old-fashioned, and I think Grandma probably first started making it in the ’50s. It’s one of those cakes that packs such a punch in its relative simplicity. It’s not a wet cake like a ginger parkin (even though it is a very sloppy batter) but it has a soft crumb and almost a hard crust, I think due to the golden syrup. It’s also one of those foods that has the incredible power of a flavour-memory that reminds me of my childhood.

Grandma would have served each slice thickly lathered with salted butter and a cup of tea. That may sound odd, but I can tell you now, if you like your salted caramel, you haven’t tasted anything until you’ve tasted salted ginger cake!

METHOD
• Grease and line a 2lb loaf tin and pre-heat the oven to 170°C (fan).
• In a large bowl (or the bowl of your stand mixer) beat the eggs and sugar until pale and doubled in volume. Then add the syrup and mix in, then add the oil and mix in, then bicarb in water and mix in.
• Fold in all dry ingredients. It will be a very sloppy mixture, but this is how it should be.
• Pour into the loaf tin and bake for 45 minutes, but test after 40 min. If it’s getting too dark, turn down the heat to 160°C. You can always place some foil over the top at the end to stop it burning.
• It’s ready when a skewer or knife inserted comes out clean. Leave it to cool on a wire rack before serving.