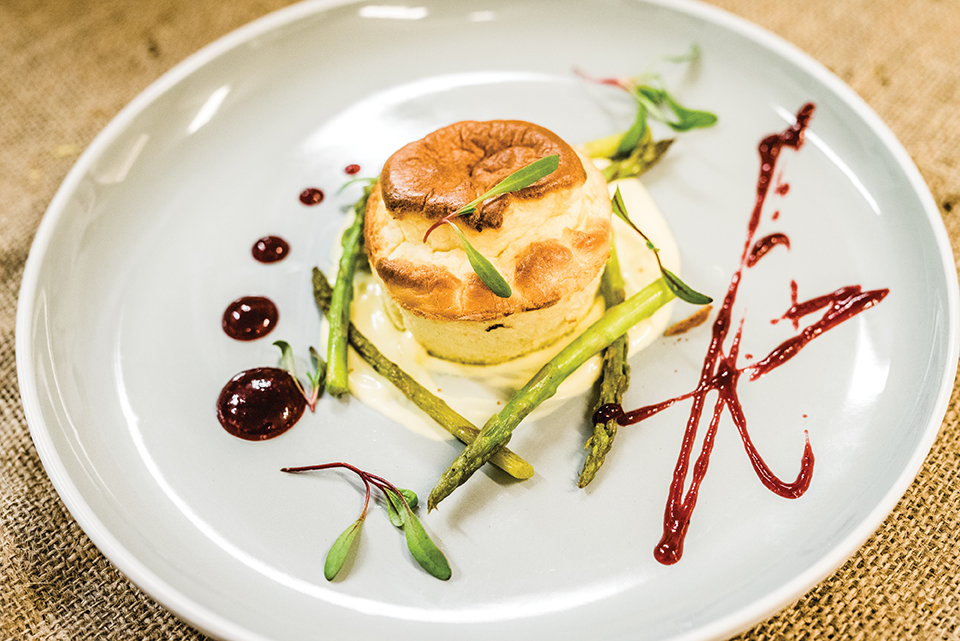 Souffle with asparagus and hollandaise

In a pot add the flour and butter, melt together to create a roux, slowly add a little milk until a smooth paste is formed.

Add the cheese then remove from the heat.

After a couple of minutes remove the mix from the pan and pour into a mixing bowl.

Separate the eggs into yolks and whites.

Whisk the whites in a mixer until stiff peaks are formed.

Add the yolks to the batter mix. Beat in.

Fold in the whisked egg whites one half at a time – use a metal cured spoon for best results.

Once this is done, pour into the lined moulds.

Place into a preheated oven at 200°C, reduce the temperature to 180°C straight away, leave to cook for 20-25 minutes.

Once finished turn off the oven and open the door, leave to cool for 5 minutes then remove from the bain marie.

Once cool, run a butter knife around the soufflé to remove. Place into baking dishes and reserve for later.

Bring a pan of boiling salted water to the boil, blanch the asparagus for 1 minute.