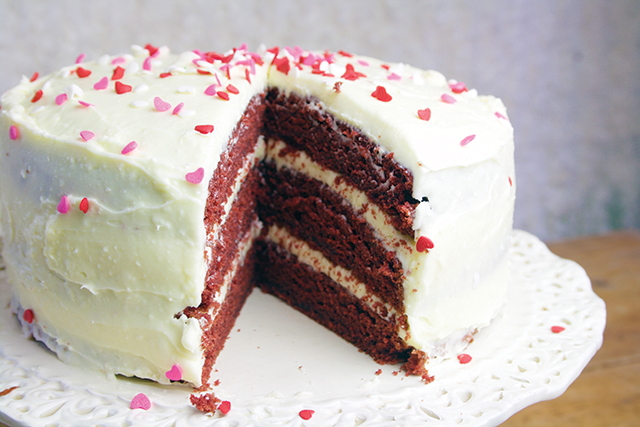 Well it’s Valentines’ Day once again and whilst I personally find the commercialism of the day itself rather galling, I do love the sentiment and also I have to admit that I’m a big, old romantic at heart, so the ‘other half’ and I have committed to forgo the daft cards and gifts and celebrate our love by spending some much needed time together – oh and eating lots of cake.

Isn’t it amazing how, even though we live together and share everything, with our busy lives and all the ridiculous social media, we actually have to schedule time to spend time together. Friends of mine now schedule ‘date nights’ just to be with their other halves and whilst this sounds crazy there are whole days that go by where my significant other and I just won’t see each other. If it wasn’t for the bathroom ritual in the mornings I doubt we’d see each other for stretches of days!

So whether you’re celebrating your love for your special someone or even your love for your best friend, try and take time to stop and tell them you love them… and nothing quite says ‘I Love You’ more than a divine homemade cake.

METHOD
You will need three 20cm round cake tins. Preheat the oven to 150C fan and lightly grease the tins and line the bases with baking parchment, then grease these too. Dust with flour and tap out any excess.

In a small bowl mix together the boiling water, food colouring, cocoa powder and buttermilk until fully combined, set aside.

Sift the flour, bicarbonate of soda and salt into a medium bowl.

In another bowl, using an electric mixer, beat the sugar and butter until light and fluffy, for about five minutes. Beat in the eggs, a little at a time, until fully combined, then mix in the vanilla extract.

Divide among the cake tins and bake for 25-30 minutes until a cocktail stick comes out clean. Allow to cool in the tins for 10 minutes before inverting onto racks to cool completely.

For the frosting, use an electric mixer to beat the butter until light and smooth, about five minutes. Add the vanilla extract. Slowly beat in the icing sugar until combined, then increase the speed and beat until light and fluffy. Beat in the cream cheese until just combined. Do not over-beat at this stage or the frosting will be too thin.

To assemble the cake, put a layer of cake on a serving plate. Spread a layer of frosting onto the top of the cake and put the second cake layer on top. Add frosting, then the final cake layer and spread the remaining frosting over the top and sides of the cake.